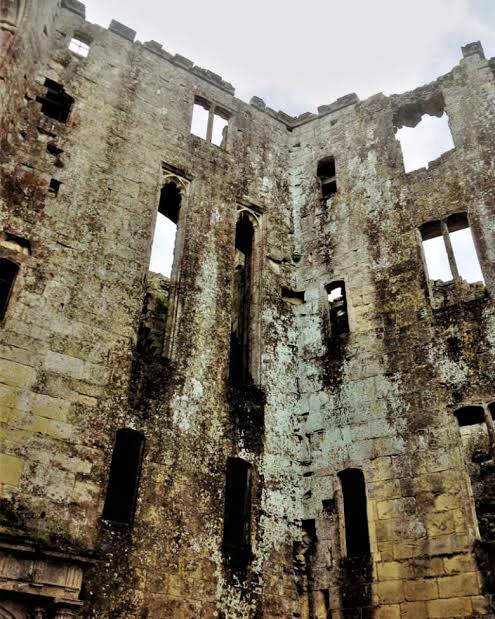 On hearing Henry’s name over the phone, Vanessa panicked because she didn’t see it coming. Her heart skipped several beats and she lost her breath.

“How on earth did you get my number?” She managed to ask, “It was a very long process and I wouldn’t want to bore you with all the details” he said. Vanessa didn’t know what else to say as she was mute. Henry figured that he took her by surprise, so he apologised and bid her goodnight. He told her to get some sleep and that he would call the next day.

Throughout that night, Vanessa couldn’t sleep well as she kept thinking about Henry. Deep down in her heart, she knew she had already started falling for him. She blushed at the idea of the both of them together, “He is handsome and such a gentleman” she thought to herself.

She felt a certain kind of peace for the first time in a long time as her thoughts for Henry were accompanied with positive vibes. Just as she was about to dwell deeper in the positive thoughts, her mind diverted to that fateful day she was raped. She tried her best to fight the negative thoughts but it wasn’t going away. She burst into tears and started scre-ming.

Vanessa was heart broken over again when she thought of the fact that the rapist was a total stranger. “How could he do this to me? Why me?” She asked herself and gro-ned bitterly. She couldn’t sleep till it was almost morning.

On the other hand, Henry had an awesome night rest and was happy because he finally had Vanessa’s number. As morning approached, he hurriedly got ready for a business meeting he was to attend.

While at the meeting, he kept thinking about Vanessa and smiled at every thought of her. He couldn’t wait to hear from her again so he decided to call after the meeting.

At around passed 3pm, he was done with everything work related so he picked up his phone and dialed Vanessa’s number. He called twice but Vanessa didn’t pick up, so he sent her a message which read “Can you pick up please, I really want to hear your voice again”.

Vanessa got his message and kept thinking if she should call back or not. As she was deliberating on what to do, her phone rang again and she looked to see who was calling and it was Henry.

“Hi” she greeted in a low tone, “Hello Vanessa, how are you doing?” He asked, “I’m fine” she replied. Henry paused for a while and said “I’m sorry for taking you by surprise yesterday, I just wanted to hear from you again”.

He touched her soft spot with his apology but she didn’t let it show. She didn’t believe that guys could apologise when they are wrong because her rapist hasn’t bothered to look for her and apologise. “It’s ok” she managed to say to Henry. “Where are you at the moment?” Henry asked, “I’m home, why asking?” She replied, “I want to see you again, please can I come and pick you up so we can go to somewhere nice and talk” he asked. Vanessa thought about the offer for a while and finally accepted. She asked him to send the address of the venue so she’ll meet up with him there, rather than have him come to her house to pick her up.

After about 30 minutes of waiting, Vanessa arrived looking beautiful in a nice red gown. Henry couldn’t help but admire her and rushed to remove the chair for her to sit down. “You look very beautiful” he complimented, “Thank you” she replied. “What do you want for dinner?” Henry asked “Anything you would be having” she replied.

Henry wasted no time in calling the waiter and ordering the same dish for Vanessa and himself. As they ate, Henry couldn’t stop looking into Vanessa’s eyes. She noticed he was into her and it made her sad because she knew she had a lot of emotional baggage and didn’t think there would be any space in her heart for him.

After they were done eating, Henry asked her to tell him more about herself but she declined. “Ok since you don’t want to tell me more about you, I’ll tell you about myself” he said. He gave her a brief background check about himself and Vanessa couldn’t stop staring at him. She was smitten by his personality and found him a bit intimidating because he was quite successful.

When he was done talking, Vanessa didn’t give any remark but rather told him she would like to leave. “We only just got started, it hasn’t even been up to 2 hours and you already want to go, please stay a little longer” Henry pleaded but she declined and got up to leave. “Can I at least drop you off?” He asked, “Ok, you can” she replied.

The ride home was a quiet one as Henry kept thinking about why she kept pushing him away, “does she have someone else already?” He asked himself. On the other hand, Vanessa couldn’t stop thinking about him. She really liked him but didn’t think he or any other guy deserved her. “They aren’t to be trusted, they are all liars” she thought to herself.

When they arrived at Vanessa’s Street, she wanted to open the car door but Henry stopped her. “Can we talk? There’s something I want to tell you” he said, “I think it’s best we don’t, so please let me go” she said with tears already in her eyes. “Why are you crying?” Henry curiously asked, “Please leave me alone, I can’t do this” she said as she let the tears loose from her eyes.

Henry was touched and stretched his hand to wipe her tears but she refused to let him touch her. “Vanessa I mean well, please stop pushing me away” he said but before he knew it, she opened the car door and walked out on him crying. He was devastated and his heart wouldn’t stop beating fast. He watched her till she entered her compound and shut the gate.

Henry was losing his mind and didn’t know what to do. He immediately got down from his car and walked to the same compound she entered and asked the gateman to direct him to Vanessa’s apartment. The gateman gave him directions and he walked to her door and knocked but no one responded.

He picked up his phone and called her and she picked, “Henry please stay away from me” she said as she sobbed, “I’m at your door, come and open it” he said.

Vanessa was shocked and scre-med, “What! You say you’re where?” She asked. Henry was unmoved and replied “I said I’m at your door and I’m not leaving till we talk”.