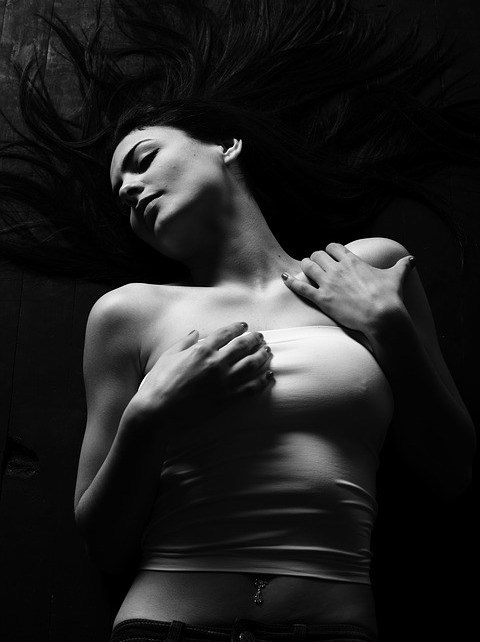 The return of Karma

Quote:
“Every wrong decisions we make today, will haunt us like ghost in the future”

“He loves you so much, Smally. And he promised to take good care of you if you agree to his proposal” I said calmly sitted opposite Sandra.
She raise her eyebrows in confusion.
“Is my friend am talking about Sandra, he is ready to marry you and train you in school” I could see disappointment vividly written all over her.
It took us a long time before Sandra could accept to see David, after much promise that I’ll stand by her.
I beckon on David to go inside, while I step out for both of them to have some private time. inside I was wishing Sandra could open the door of my apartment and ran into my arms telling me that am the one she wants, such a thing only happens in the movies.
I still stick around, David was right all along. I left for a bar, to take some drinks and feed the protesting worms in my stomach. I have just spent some hours when I received a text message from David.
“She is so sweet and good on bed”
I was so mad at myself that I ordered for more bottles of alcohol, I drank to stupor. I staggered home, drunk.
I ran into Sandra who has been sitting on my doorstep, I couldn’t even remember some words I said to her but I knew she helped me into my apartment and I try kissing her, that is the little I could remember.
Author’s side of the story..
Hours Ago
“You” Sandra repeated.
David went on his kneels.
“Look here Sandra, am now a changed man. I did all these just to have you, please give me a chance” David begged innocently.
“Hahaha” Sandra laugh dryly.
“In your dreams” she stood up.
“Why?” David inquired standing up.
“I’ll never have anything to do with you, not now and never before. God forbid I marry a chronic womanizer like you!” Sandra spat with venom.
David hit her across the face.
“Aaahh” Sandra scream from the result of the pains.
“You slapped me?” Holding her cheek due to the slap.
“Yes, and I’ll do worse if you don’t let me have mine way” David advance towards her, while she shift backward to the wall.
“I’ll scream, if you don’t leave me alone” Sandra warned.
“Hahaha!” David laugh heartily.
“Nobody is at home and your stupid neighbor must have left thinking we are enjoying ourselves” David grab her by her arm and push her forcefully to the bed.
She landed on the bed close to an object at the edge of the bed, not noticing the object. David removed his belt and unzip his trouser joining her on the bed, Sandra landed the heavy object on his head.
“Aaahh” David screamed in pains and collapsed.
Sandra quickly jumped out of the bed and ran out of the apartment.
Minutes later, David woke up holding his head ’cause of the pains he felt on his head. Cursing under his breathe.
“B—h!”
He grabbed his phone and typed some words and smiled wearily.
Author’s side of the story..
Now
“I love you Sandra, why do you hurt me?” Victor confessed weakly, having confused Sandra in his arms.
“You are drunk, stop”
She tried to protest but he was far stronger and she felt so safe in his arms that she let him kiss her softly on the lips.
He unzip her gown slowly.
“Oohhh!”
Sandra moaned, when he kissed her by the neck.
Only on her panties, he removed his shirt and her naive hands wonder all over his g—n.
He deep her hand inside his boxer while she grab his hard d-ck.
“Aaahh!” He moaned from the pleasure.
They both dropped on the bed unclad kissing themselves, she covered her face with her palms as he position himself between her legs.
He bent low sucking her erected n-pples softly, while she gasped from the immense pleasure.
He t—-t in slowly basking in the moment, while she grab the bedsheets with a soft moan.
Review
“What did David tell you about Sandra?” Pastor Benjamin asked.
I inhaled sharply.
“He lied” I inhaled.
Pastor Benjamin studied me closely.
“He told me that Sandra has slept with literally every cute guy she comes across” I said, shaking my head.
“What happened next?” Pastor Benjamin asked, looking forward for more.
“The next day, I woke up not remembering anything, and I find my bed sheet outside which I thought I was the one that dried it there and was unable to take it inside ’cause I was drunk” pastor Benjamin nodded in acknowledgement, urging me to go on.
“Smally’s mother visited me after a Month, a visit that changed everything and unravel misery” I couldn’t hold the tears.
“What happened?” Pastor Benjamin asked in concern.
“That, Sandra was pregnant. After avoiding me for Months….”