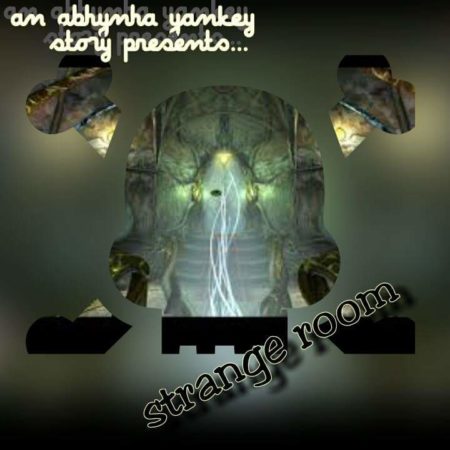 “So where is the guy you came with? I mean the one who used to come around with your son”, Godwin asked. “Yes, talking of Quabena, we need to call the pastor and see what is next”, my mum replied. This didn’t sound too well to Godwin, but he had to accept it in good faith. My auntie told him to go and wash down, get himself something good to eat and rest while we saw the pastor, but he insisted otherwise . My auntie had to apparently give in. We called the pastor who told us to meet him and head to Quabena’s house. I was wondering if he would be there by the time we got there.

We met the pastor halfway through the journey and went straight to Quabena’s house. We were right on time. He had tied a rope to the fan, you can sure guess what he was about doing… suicide… He didn’t want to face any embarrassment. We stopped him. We initially wanted to call in the police but my cousin Godwin told us it is not lawful to do so. Ours was to stop him from committing the act and that was all.

“Quabena, is everything alright? Talk to me please. Don’t tell me you have a hand in all this”, my mum said. The pastor stood there with the Bible in his hands and prayed.

“Quabena, don’t feel too big. Open up and confess your sins. He’s faithful enough to forgive you. Don’t look at the people you see around. The only person who can forgive and save you is God. Open up to Him”, the pastor said.

Tears couldn’t stop rolling down Quabena’s eyes as he knelt down and held my mum’s leg. “Mum, please forgive me. I didn’t do it intentionally. I didn’t plan to do that. Forgive me. I loved Ayebea like a sister. As for Quaku, he was my all. It all happened within a flash”, he said. We turned to look at each other. What at all was he talking about? My auntie wanted to hear more so she asked him to go straight to the point.

My mum, cousin and I were shocked though he hadn’t said anything yet. He said.

“It all started when I completed university. I sent applications out to numerous companies in search of job. None of them called for even an interview. Things became difficult for me to handle. The lady I wanted to marry jilted me for another because there was no money. I finally met one man who was willing to help me. He told me he would allow me work in his reputable company if I served his master. That meant he was an occult. I gave in after several pressures from him. My first month as an occult fetched me lot of money, but no one realised it because I was already working”, he said. Huh? Occultism?

He continued by saying he finally graduated to the senior rank. He was no more going to their temple to worship. He had a small room where he worshipped. No one was allowed to enter that room. Was that hell? Why shouldn’t anyone enter?

“Hmmmm, it was a faithful Friday. I was in my room when I heard a knock. I went to the door and saw Ayebea. She told me she was on her way to Godwin’s house. Just when we were talking, I had a phone call. It was from the man who introduced me to the occults group. I entered my bedroom since I didn’t want Ayebea to hear the conversation. I kept long on the phone. I’m sure while I was away Ayebea was taking a stroll in the house, which I’m pretty sure she went to open the door to that room. It was at this instance that I heard her shout for help. I left my phone and rushed to the room but it was too late. She was bleeding from all orifices. There was nothing for me to do than to put her body in the cupboard for it to be producing money for me,” he said. My goodness! My mum almost collapsed. Godwin gave him a dirty slap before he could say ‘Jack’. Did it mean all the money he was spending was being produced by my sister? Gosh…what of my brother? I lost control of myself and yelled at him. “Godwin, what of my brother? Tell me, where is he?” , I enquired. “Akosua,please take it easy. I know I have caused you much. I deserve to die, I know, but forgive me before I die”, he pleaded . There was no time for that. All I wanted to hear was about my brother, now that I knew who killed my sister.

“You all know I loved Quaku. He was like a brother to me. Quaku was here few days after Ayebea was not coming home. He came to ask me to esc-rt him to Godwin’s place. After eating, we realised it was late so we both agreed to sleep over and go the next day,” he said.

“Late in the night, he woke up to go and drink water. He returned to wake me up, saying he found Ayebea’s wrist beads in one of the chairs. I convinced him that I didn’t know how it got there, that I was pretty sure she left it there during one of her usual visits. He went back to take the water. I heard him shout. I rushed out of the bedroom. He wasn’t in the kitchen. I traced and found him in my small room. I asked him how he got there because there was no way I could save him. He told me he heard strange voices and the place became too heavy to accommodate him. He walked steadily, trying to find out from where the strange voice came. He got to the entrance of the small strange room and decided to enter since he thought the noise was coming from that room. That was how my friend and brother met his untimely death. He begged me to save him but I couldn’t.

No one goes to the strange room and comes out alive unless of course the fellow is an occult,” he added.

“What? So you mean all my children are in that strange room? I have to see them. I need to see them”, my mum said while crying. Godwin cried. Even if Ayebea could not be his girlfriend, she still needed to be alive to be his best cousin.

We all shed tears as my auntie called the police. None of us bothered to enter the strange room since we were not going to come out alive. I wished I could take his life, but that was too heavy a thing to be done.

The pastor advised him to give his life Christ. Soon after he had confessed the ‘sinners’ prayer’, the police arrived on him.