Terrors Of The Past – episode 10 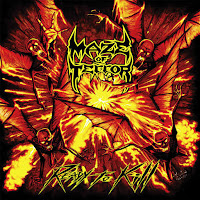 TERRORS OF THE PAST
(REAWAKEN LIFE)
WRITTEN BY CHIBUIKE SMART
EPISODE 10
……………………….
After school, Dave and his friends, Smart inclusive, where trekking back to their hostel, when Dave said.
“Smart I have a thing to show you.” Dave said.
“That is good, so what is it you want to show me?”
“Lets be on our first.” Dave said.
“Comrades, I have something, I found out in the course of my investigation.” Gab said.
“What is it.” They chorused.
“I heard Sammy one of Alex lackeys telling Alex that he would be going over the fence,this night.” Gab informed.
“How potent is the information.” Dave asked.
“A first hand information sir.” And they all smiled at how official Gab made the reply.
“Then we get the truants, this night and you know our normal ways.”
“We hand him over to the school authority.” They chorused.
“You all should go rest and put the soul and body together,while I go with Smart to him our armory.” Dave said.
“We already on that.” The two said walking straight to their hostel, while Dave and Smart made for an unknown location.
They entered a place and Dave opened a thing like a trap door which led them into a simple and haphazard made tunnel. Dave brought out a torchlight and located a place, where an old wooden box was. He opened and Smart gasped at what he saw.
There were daggers, knives and all sorts of clubs.
He kept on touching them one after the other until Dave said.
“This one.” he said fetching a long looking dagger.
“Ones stabbed if before thirty minutes that the whole blood in is not flushed out, it will kill you immediately. The dagger has a dangerous and poisonous component that can contaminate your blood within a space of thirty minutes.” Dave said and Smart only smiled. He had seen worse than these.
ĆI know you are not shocked, because you have probably seen better ones.” Dave said and Smart chuckled.
ĆI would gift you one, even though we are not permitted to make use of it, we keep all this here for keeping sake.” Dave said.
“Do not bother I do not need any.” Smart said.
“OK na but be careful. Dave said as they made their way out.
” It is well.” Smart only said and they went to their hostels.
.
.
During night time, four figures could be seen hidden in the shadows of the night, while awaiting the truants.
About ten minutes later two figures, could be seen stepping up gently to avoid the attention of the security men, who do come at intervals.
They went near to the fence, and were about to scale the fence when they heard a movement behind.
“Sammy what’s that?” The other guy whispered harshly.
“Oh!! I stumbled.” The assumed Sammy spoke out.
“OK , becareful please.” The other guy said.
They were about to make a second attempt to scale the fence when q powerful torchlight beamed at them, accompanied with multiple flashes as they stood atop the fence.
They made to jump out, when a strong voice echoed out.
” If you try to jump that fence, i will shoot you dead.” the voice said mimicking the security men.
………………………
Four young men on mask could be seen dragging, two students, who were dressed in a blue denim jeans trousers and a black polo, they were followed by the security men as they were led to a place called the ghetto where stubborn students were up, for undisplinary attitude.
The four were still in their  mask as rhe security men started investigating the two the security didn’t bother about that since the “FOUR MUSKETEERS” was a normal trending in school.
The interrogation continued as they refused to say the truth.
“Here.” one of the masked men said. Throwing a camera to them.
‘That would make the truth easier. The security man catches the camera and played its film. In the picture displayed Sammy and the other guy could be seen on top of the fence.
“You know we make our works clean and clear, that is an irrefutable evidence” one of the masked guys said and the security men nodded and smiled as that made the work easier to present a suitable evidence to the disciplinary committee.
“We are off.” The masked men muttered and left Sammy and the other guy in the mercy of the security men, who locked them up in the Ghetto.
…………………………
The next day, rhe the principal appeared in the assembly angry and pissed off as his bald head was outlined in a very visible manner.
The principal, Mr. Paulinus Okeke Alias (pvssy cat) that was the name, the students do call him, but that was definitely behind his back. He was called by that name because of his overgrown moustache and bald head, which made him look exactly like a pvssycat. On one occasion in his office, he had been working on a file  in his office, when he heard a whisper from the window of his office which said.
“Hey!! pvssy cat good morning.” He had turned swiftly to know who had the alacrity and impetus to utter such blasphemy, only to  run to the window and saw the retreating back of a male student who was running. He couldn’t do a thing as the boy had covered a reasonable distance. That had been I the past but the name stuck to him like a parasite to its pretty.
.
.
Tbc.

Terrors Of The Past – episode 14

Terrors Of The Past – episode 13

Terrors Of The Past – episode 12

The President's Daughter and I 2 – batch 3