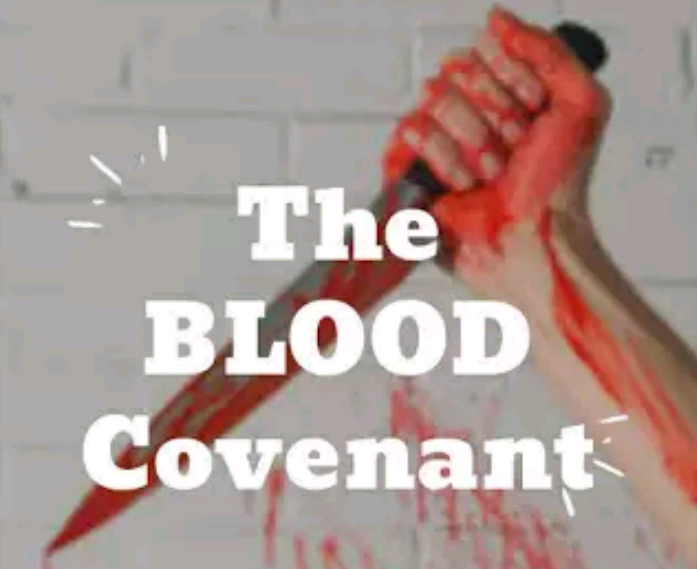 Joy insisted that i must marry her weather good or bad, i
told her that our genotype doesent match and if
actually we got married , we will be giving birth sicular . [ ss ]
She said that i have already broken her heart by keeping her
for good seven years.
.
This issues was a serious one, i told my parents about it and
they advised me never to marry her .
When Joy got home that very day after the lab test , she told
her parents also and they insisted that i must
marry her. This became a serious problem between the two
families .
.
I told some of my friends about it and they still advised me
not to marry her , had it been i knew , i wouldn ’ t have
entered into blood covenant with her but love and pleasure
pushed me to do it .
I called Joy on phone and was pleading with her to forgive
me and break the covenant with me but she refused.
.
As we are dangling in this serious issue , another terrible
thing happened . Oneday Joy closed from her work place
and was coming back home , she was so tired because she
over labored herself that day , it was around 8 pm in the
evening , the day was dark already , Joy was coming back
from work and at a particular junction , someday from no
where
tapped her from the back , before she could turn her face ,
two hefty men grabbed her , one was with gun and he told
Joy
not to shout or they will kill her , she was quite and they
asked her to follow them, Joy followed them to a nearby
bush ,
right inside the bush , the two men ra . ped her, after they
ra . ped her, they told her to go home and never to look back.
She ran home with the last strength she had, and when
reaching home , she burst into tears and was rolling herself
on the
floor , she told her parents what happened , that night my
phone rang and behold it was Joys father calling, i picked
the call
and he told me this shocking news that Joy got raped by
two men on her way coming back home
My spirit left my body immediately , i fainted because i know
that something terrible has happened .
So this is how i will end my life ?
After some hours i woke up , my parents were sitting right
beside me , i burst into tears because i know that my life
have ended ,
Joy have broken the blood covenant, although it was not her
fault but she have broken the covenant and the only penalty
for that is
death .
After 2 days, i received the saddest news that Joy is dead ,
she died of heart attack and according to her parents, she
was sleeping
and all of a sudden she began to shout my chest ! my chest !
my chest ! and that was how she gave up the Ghost .
.
I stared morning Joy in my heart, her memories can never
depart from my heart, she was a courageous woman and
she know the true
definition of love , but we all got it wrong by entering into a
blood covenant.
After 3 days of her departure , i stared seeing her in my
dreams , one hot afternoon when i was in my room , she
appeared , when i saw her,
fear gripped me and i shouted Jesus! then she disappeared ,
this was how Joy ’ s spirit was appearing and disturbing me
for over two weeks.
I wasn’ t myself again, i was filled with too – much thinking
and i developed high blood pleasure [ hbp ]
.
.
.
.
Jude later died after a brief illness , his parents and friends
mourned his death for more- than one year , the history of
Joy and Jude was
a grate lesson to all the youths in that village . everybody in
the village shed tears for both of them. may their soul rest in
peace . Amen .
………… . . THE – END …………
.
.
.
.
Thanks to all my readers round the . world , you all have seen
how blood covenant ended the life of two innocent youths ,
say no to blood covenant,
no matter the level of love you have, never enter into blood
covenant . the worst part is that even though you later got
married to him / her, the
blood covenant still continues and might end your life
oneday .
Hope u enjoyed the story ??? if u did please drop ur comments /
lessons and don ‘ t forget to share

In love with my pastor batch 11

TEARS OF A HELPLESS WOMAN (episode 32)