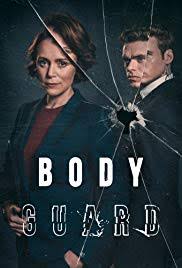 I woke up about some hours later, realising I had fallen asleep in Paula’s room. Rubbing my eyes I looked at my watch. It showed i had been in Paula’s room for over 4 hours. It was 4am.

I looked at the still sleeping Paula. she had pushed her sheets one side, the dress was lifted high up almost showing off her pants. Quietly, I pulled the cover and placed it on her body leaving just her head out. she didn’t make a move so I just watched her beautiful face for a couple of minutes and left to my room.

Mr Benson had gone out of the country that week so I had to pick him. He called me he was coming back that very day at 10 am and asked me to be in Ndola at the airport so I pick him up.

Mr Benson had other drivers but lately he had trusted me more than his old drivers.

I Decided to have a quick bath. I was to started off at exactly 6 hours if I had to make it on time. After I was done preparing myself, I went to tell Paula I was leaving.

She was already up ..

“Good morning” I greeted her.

“Yeah.though I spent the whole night on the couch ..remember ?” I asked giving her an eye to indicate she told me to.

“Oh yeah? That sucks” she giggled. “sorry I was trouble I was just too wasted. I gues I had too much to drink” she added as she combed her hair.

“though it seemed you drunk to purnish yourself for something, good you are okay now, I guess.guess”

She looked at me and smiled.. nodding her head.

“yeah am fine now ” she said almost like trying to convince herself.

“Well good, I just came to let you know am going to pick up your father from the airport..”

“I forgot he’s coming back today. what the hell! oh my God Ackim am going with you, i promised dad I will be there.”

I looked at my watch..

“unless we start off now we will be late” I informed her looking at her still in a towel.

” let me just dress up.” she took a step and the towel fall down leaving her complete nude body exposed.

Instead of looking away I looked at her and I was frozen,

“oh my!” I heard myself scream inside. she just stood there also storned, for some Seconds none of us did anything.

Coming back to my senses I rushed to pick it and cover her and my move startled her too, we both bent down to pick the towel and I caught her hand.

The moment was like time had stopped. I followed her hand as she lifted the towel without letting go of her and part of the towel I was holding.

I couldn’t take it anymore. I set my eyes on hers and she didn’t look away either, slowly I moved my hand up from her palm to the shoulders. I touched her neck and she gasped.

My mind was like it had been switched off. I can’t even remember what was controlling me but I pulled her close to myself my eyes still focused on her. She stood there like waiting for me to do something or maybe say something..

slowly and in a gentle way I pressed my lips on hers. I kissed them and she just let me without responding, a few Seconds later I withdrew..

“Oh my God! Paula am so sorry, i i. ..” I couldn’t finish my setence i felt so ashemed of myself. I failed to control myself and I felt terrible not knowing what she was thinking about me.

I apologised again and ran when she just stood there saying nothing.

I went outside not looking back, reaching the car I put hands in my pockets and paced around.

“Damn it! Ackim!” I cursed myself. “self discipline and control.” I reminded myself of some of the military virtues. I paced around waiting for her so we start off. I knew I was in trouble.

“how could I.. oh God!” I frowned still confused my heart was pumping fast I could feel it in my palm.

When she can out about 15 minutes later, I couldn’t let myself look at her. I even wished the trip was concealed. How was I going to drive with her seated so close to me for hours.

“It will be a long day” i thought to myself as i opened the door to let her in..

She said thank you and hopped in walking round to the driver’s seat and wiped my sweaty hands.

“Forgive me Paula” I managed to say when I gained courage about 20 minutes after we drove in silence.

” I don’t mean to. am trully sorry I did that” I spoke softly.

She looked at me.

“what did you do?” She asked like she wasn’t there when it all happened.

I struggled to mention the word and when I finally said..

“I kissed you..” it came out more like a wimp and not a sound.

“am sure you were just caught up in the moment” she added camly….

I was glad she wasn’t mad at me. so i tried to relax and fastened my seat belt as i increased the speed.

We had moved for almost an hour and where minutes away from Chingola town when I spoted a car following us.

I didn’t tell Paula anything but i tried increasing the speed, the black Noah following us also increased speed.

My instincts warned me something wasn’t ok. So I that moment i warned Paula to fasten her seat belt.

“I think someone is following us” i told her..

“What?” She asked looking at the side mirrow. I steped on the accelerater and increased the speed to 180. few minutes later a Grey Pajero came from behind the Noah and I saw he was catching up, coming direct at us.

“s*** !” I shouted. I let him get closer because I couldn’t go beyond my speed unless i was alone.

“Hold on Paula!” I alerted her and swayed to the other side of the road as i stepped on the brakes, the tires screeched making a sharp noise.

The Pajero passed us at great speed leaving us behind and I quickly turned into the bushes, luckily the range rover would pass easily even in rocky grounds so I drove through the bushes at 120 km/hour, leaving a clear path where the vehicle passed.

I saw a clearing ahead and drove past it, thankfully the place was rocky. It meant if our persuers where following us they would not know which way we went from that spot.

I drove in cirles for an hour just to make sure we lost them and finally decided to stop in the middle of the bush.

“Are you okey?” I asked Paula who was still holding on to the seat scared.

She nodded.. “yeah am fine” she breathed out loudly.

“was just scared we would die” she said panting..

I moved out to her side and opened her door..

“you are safe now” assured her holding her hands.

” take deep breaths” I instructed trying calm her down.

A few minutes later she was calm. i removed the phone from my pockets and text her father about the incidence. He didnt respond and i decided to tell the driver from ndola where he had some other businesses to go and pick him.

“What happened out there ? Paula asked.

” why are people trying so hard to kill me Ackim, what have I done?” She cried.

I felt for her but I couldnt get close and comfort her, for fear of repeating my mistake for that morning.

“it’s alright Paula, soon all this will be over.” I tried to assure her..

” if my plan works, within a month I should be able to know the cause of all this. Am on yo something that I trust will give me a solution and help me put a stop to all this”

“Are you sure Ackim?” She asked looking at me.

“Am really fed up of not having the freedom to move about and do my own things, am even thinking of going back to Austrilia and live there away from all this.” She complained..

“but i cant just leave my father alone here” she added crying..

The one I want episode 8