The Director-General, National Youth Service Corps, Brig.-Gen. Shuaibu Ibrahim, has paid his last respect to Mr. Precious Owolabi, a corps member who had his primary assignment with the Channels TV

Ibrahim inspected Owolabi’s body shortly before it was removed from the National Hospital Abuja, on Tuesday, for homeward journey. Owolabi died of gunshot injuries he sustained in Monday’s violent confrontations between the Police and members of the Islamic Movement of Nigeria (a.k.a Shi’ites). 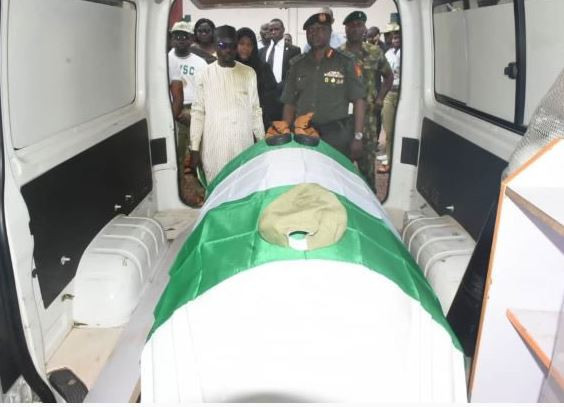 According to a report by The Nation, a source said: “they are taking the Corpse of Precious Owolabi to his parents in Zaria now.”

On the claim that Owolabi died because he was denied treatment in the hospital he was taken to, the source said:

It was also learnt that the Deputy Commissioner of Police in charge of FCT Police Command, DCP Usman Umar who died during the protest has been buried according to Islamic rites.