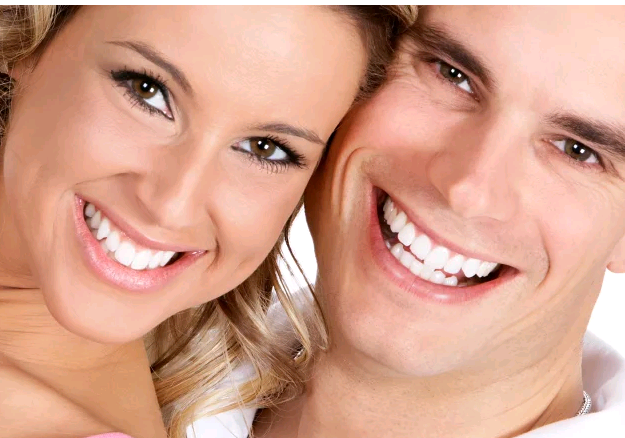 Stepping out of his car, Deolu rushed into a very familiar compound. His anxiety was getting the better part of him and he was no longer finding it funny. The first sight that greeted his eyes gave him an instant alarm. He saw Lucy’s parents. He swallowed hard. He had seen more than enough pictures of them to know that they are Luciana’s parents.

Lucy’s mother was crying and her husband was trying to calm her down.

Why is she crying? What is going on? He wondered as he moved towards the duo in a trance-like motion. Mr. Jones looked up, staring steely at Deolu. The guy looked like a fine guy, he thought, but if he has a hand in this matter, I am surely going to break him.

“Who are you” Kenneth Jones asked, his voice as masculine as any other. His gaze was not pleasant and he did not even want it to be.

Deolu noticed the tense atmosphere and fright creeped up his spine. Lucy’s neighbor lurked around, her expression was unreadable.

“Lucy. Where is Lucy” he half yelled, talking to everyone at the same time. He moved towards the room instantly but Ken drew him back.

“I asked you a question young man. How dare you disregard me, making me look like a fool? Who the hell are you?” he yelled.

Deolu stopped. “I am sorry sir. I am Adeolu Aremu, Lucy’s boyfriend” even the title sounded awkward in his own ears. A day old boyfriend; not even up to 24 hours.

Ken stared at the bold man in front of him. Lucy having a boyfriend is a stunning news. She had been single ever since he laid his eyes on her tiny frame on the hospital bed, he had pressurized her continuously to get a man but she had insisted on going solo and being independent. Hearing she had a man in her life is a news, only that she is nowhere to be found.

“Then where were you when my daughter got kidnapped from her house?” Deolu blanched, looking like he had just seen a ghost. Immediately, he dashed for the apartment, shouting Lucy as he did. After a fruitless time of intense screaming, they all came back to a remorse state.

Deolu’s brain started working again, calculating and planning. Policemen arrived some minutes later and Lucy’s father attended to them. Deolu was even too busy with his thoughts to notice anyone around him.

Kenneth explained all that occurred to the police, calling the neighbor to give her testimony. Lucy and Fred were the centre of discussion. At the end, he had been able to put Fred in a very good position to be arrested.

“But sir, do you know where this suspect lives?” one of the policemen asked.

“I think Lucy’s best friend would know” the neighbor replied. “I have her number and address. Since ladies talk and go everywhere together, I think she would be able to know Fred’s address”.

Kenneth nodded with a dry smile. The neighbor is definitely God-sent. He wondered what they would have done without her observations.

Looking back at the house, he saw Deolu seated at the entrance of Lucy’s apartment. The young man was obviously distraught. He could only imagine what it would be like to find your love kidnapped. He moved towards him, stood before him and stretched his hand.

“Get up son, lets go and find your woman” he said in a calm voice, even though he didn’t feel calm. Deolu stared for some seconds then held the hand of the elderly man, who pulled him up with a strength that stunned him. Kenneth patted him on the back and they both joined the others outside. They split into their various cars and moved into action.

Ray stepped into Doctor Tunde’s office, praying to have some good news. Doctor Tunde was seated in his usual chair, with his white coat hanging on the chair. A warm smile greeted the doctor’s lips as he shook Raymond’s hand.

“I can see you got here early enough. Have your seat” he said after the usual exchange of greetings.

Going straight to the point, Ray asked. “So, how is she? Would she make it?”

Doctor Tunde smiled. “Fortunately, yes. She seems to be responding to treatment perfectly. She is a lot stronger than I initially imagined, and let me say this; I think she has a guardian angel”.

Ray totally agreed with the doctor. The girl possessed more strength than he could boast of. Ray knew that no idol’s power could really sustain a human being so he knew that only God can be behind this girl. She must have people praying for her.

“Can I see her?” he asked finally.

“She is not stable yet but you can see her. With the signs I am seeing, she would pull through. You have not told me how you came about her. She looked like something from the pig-sty when you brought her here.”

Ray had come to see Tunde as a friend and not just a doctor. Bose might have done a good job but her best did not really make much difference. “I would tell you everything later. First things first”.

Teju rose up from her kneels around 7am in the morning. She had had a very restless night, with nightmares, centred around her best friend, Lucy. Lucy had become her best friend instantly. She met her over three years ago and Lucy had transformed her life ever since. Lucy was the one who brought her to Christ; making her drop her wayward life. Before she accepted Christ, Lucy had loved her unconditionally. Ever since then, Lucy was always in her prayers and God never failed to show her anything regarding Lucy especially.

She had been having an unsettlement in her spirit since midnight and she hadn’t been able to sleep. She could not pinpoint what the problem was until she finally slept around 2am. She woke up like thirty minutes later from a nightmare that featured Lucy lying unconscious in the dark. She had called and called since then but no answer came. Prayers began since then till dawn.

She rushed to the bathroom to take a quick shower. After bathing and brushing her teeth, she wore a short gown, pulled out her hair net and let the braids flow down, unhindered. No time for make-up, she told herself. Before she reached the sitting room, she heard a knock; or is that a bang? She raced there like her life depended on it. Without even asking who it was, she swung the door open. Seeing policemen and Lucy’s parents, her face turned pale.

“Lucy… Don’t tell me something is wrong with my friend”

One of the policemen looked at her. “How do you know our being here has something to do with her?” he had a puzzled look on his face.

“Because she is my best friend and we are connected”.

Lucy’s mother pushed the policeman out of the way. “Please my daughter; do you know where a certain Fred lives? It is an emergency”

“Yes ma’am” without even asking any questions, she took her keys and her phone, locked the door and rushed into the Lucy’s parents’ car. She had always known that Fred was up to no good. “What is going on ma?”

Raymond sat on a chair, facing an unconscious girl; or lady. His predictions was not correct. He had predicted sixteen or seventeen years of age when he looked at her small profile. Gazing at her small profile and he could not believe he had rescued someone as stunning as this. Her face held a maturity of someone who could be 25, thereabout. He had never seen anyone so fair, so white. He had seen numerous fair women but never had he seen anyone so white except albinos. This lady was clearly not an albino, he would know instantly. The desire to touch her was so overwhelming that he gave in and touched her face tenderly.

He became overtaken by unknown emotions. A lump developed in his throat as he gazed at her small face. His gaze slid down to the place he was certain had encountered a knife. Who would dare pierce her with a knife. He wanted to see the person so he could teach him or her a good lesson. Not withstanding the amount of effort and money he had dissipated between yesterday and today, he felt so overjoyed that he helped this lady. Everything is surely a blessing in disguise. If he hadn’t had that battle with Tinu, he would not have gone to the club and would not have seen this girl lying helplessly in the mud. Staring at her innocent look, he knew that he would do anything to protect her.

Bose entered the compound. She had been sitting in one spot for the past two hours, receiving lectures from her English teacher. The teachings were not boring at all, in fact, she had enjoyed every bit of it. After two hours, she left her teacher’s house. She locked the gate behind her and made for the main house. She pulled out a bottle of water when she got to the kitchen, poured some water into a cup and drank her fill. As she made for her room, she heard a bang. It is definitely not Raymond because he took the car. She dropped her bag and went to the gate. She didn’t like this gateman job at all.

Immediately she saw the person there, she prepared herself. She took the key and put it in her back pocket. With the speed of lightening, she opened the gate, jumped out and jammed the door.

Tinuke stared at her. “What is the meaning of this nonsense? Get out of my way, you idiot.”

“At your service milady”. Bose moved out of the way and Tinuke was faced with the closed gate.

Tinu turned eyes of fury towards Bose. “You think this is a joke, right? If you don’t open this bloody gate now, count yourself out of this house”.

“Oooohhhh… I am so terrified now”. Bose shook dramatising. “Look ma’am, by boss’ orders, you are not to enter this house. He employed me so I must obey him.”

Tinuke raised her brows. “Oh… I see… Now, listen to me, you slut, I know what you are after. You want me out so you can take your shameless ass to my husband’s bed, right? You must be a big fool if you think that I would allow that. You are nothing but a common maid”.

“And you are a stupid gold digger who just wants to marry my boss for money”.

“How dare you talk back at me” Tinuke’s hand swung to hit Bose’s cheeks but Bose held her hand before the slap landed.

“Never you try that again” she threw her hand down forcefully. “Now, please leave madam before I scream and gather a crowd.”

Bose grinned. “Check out the meaning in the dictionary”.

Tinuke left the place while Bose entered the house. Tinu foamed in anger as she walked away. She would make that bloody girl pay in full. She knew that Ray wasn’t around because his car wasn’t in the compound when she spied the compound. He must be in the hospital with that damned dirty girl. That girl is beginning to occupy too much of his time and thoughts. I think I need to pay her a visit.