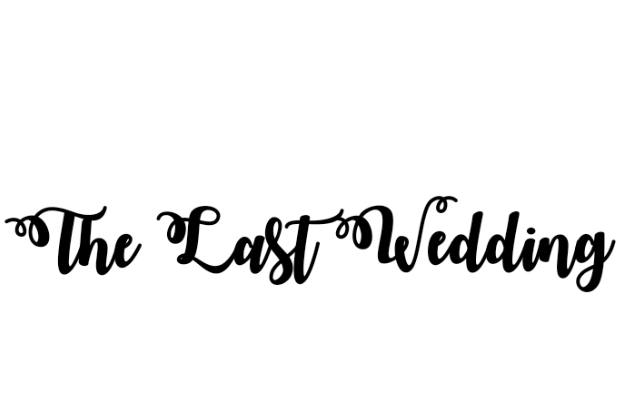 Written by Bright Daniel
:
She isn’t physically strong, her body typology made it obvious because she’s not just fair in complexion but also had a delicate skin. Her beauty is incomparable, tracing from the long Brazilian hair and fixed eyelashes with a little make-up which vividly escalated the appearance of a Marin queen from her. All these qualities she possessed was as a result of her family background; they were not only rich but wealthy too. She rested on her bed with her two legs folded like a Muslim reciting Quran in a mosque. She wore only a bombshort and a white top like singlet which exposed the hand of her black b-ra. She was actually on a phone call when the mother barge into the room and called on her, “Chisom!”
“Yes, mum!” she hung up the call instantly because the way in which her name was exclaimed by the mother indicated that something was terribly wrong.
“Who were you with on the phone?”
“Is my course-mate who I told you is getting married soon and I’m her chief bride’s maid”
“Hey!” the mother exhaled. “This marriage or wedding has entered into your brain. Every time wedding wedding wedding, you keep attending other’s wedding but you’ll never plan to have yours. This particular wedding that is coming up has made you lose your sense of reasoning! Now, do you remember you put something on fire?”
Hearing that, Chisom jumped up from the bed like a frog escaping from a reptile. “I totally forgot, mum!” she hurriedly entered into the kitchen while the mother shook her head negatively and closed the door to leave but suddenly returned to the room, picked up her daughter’s phone to know the last caller. She saw the name ‘Abigail’ then dropped back the phone. Among all the wedding ceremonies her daughter attended both when she was an undergraduate and as a graduate, there was something strange about this particular one she wanted to attend, but she couldn’t put a finger on it.
Nigeria is a great country where great things also happen. People die in several ways that, even me, the writer of this story, wonder if actually God is alive. People are slaughtered like cows, die in the quest of looking for a job, in the hands of their best friends and in birthday parties and wedding ceremonies. This was an experience Chisom was about to get into. But you know what they say, “Experience is the best teacher”

(More stories at www.toriperi.com)
:
Mr and Mrs Desmond, Chisom’s parents, could been seen inside the bedroom. It was late hour in the night, the dimness of the sanctum could testify for that. Only the light coming from a plasma television opposite their matrimonial bed made few things visible in the room. Mr Desmond was actually awake watching midnight news when the wife, Esther, woke up after stretching her body. She sat up.
“Honey,”
“Yes?” the husband replied without a glance at her.
“We need to discuss about how to get our daughter married. She’s not getting younger”
“Women!” Mr Desmond lowered the volume of the television. “Aren’t you the one who insisted that your daughter gets married to a rich person instead of the young poor guy called Ubiji who wants to marry her, but you and your daughter have practically kicked him off your sight. What else do you want me to do?”
“You have connections, you can connect her with..”
“Never will I do that. Chisom is old enough to know what is good for her” the husband interrupted and raised the volume of the television moderately. The wife had no choice but to go back to sleep too.
:
The following morning, Ubiji prepared to visit the girl he claims that had taken his heart. He was just a common teacher even though he wishes to be a lecturer one day. Even at that, he had a bigger dream of being a famous actor because God endowed him with the talent of act.
He approached to the gate of the residence of Mr Desmond looking like a cooperatives teacher; a white long sleeve shirt well tucked in in a black plain trousers. A red and blue pen rested in the front pocket of the shirt, that, even a mad man would understand his profession without being told. Luckily for him, immediately he got to the gate, the gateman opened it for Mr Desmond to drive out. He stood by the side waiting for the car to come out before proceeding. He waved at Mr Desmond even though he didn’t see him because of the black and reflective nature of the car glass.
Desmond whined down the glass. “How are you, Ubiji”
“I’m fine sir” he smiled replying the greeting. Mr Desmond had been the only one who makes him feel welcomed, so the smiles on his face wasn’t factitious.
After the greetings, the car drove out. Ubiji slowly walked into the large compound twisting his hands, he was actually nervous because that wasn’t his first time of going there and disgraced by Chisom and her mother. Before he stepped into the frontage, Mrs Esther, Chisom’s mother barked.
“Hey hey hey, where do you think you are going to?”
“I.. I.. I came to see.. hum.. Chisom” he stammered.
“Have we not warned you not to come here? Just go away! My daughter doesn’t want you. How do you want me to say it? You are just a common classroom teacher. Have you conducted the morning assembly before coming here?” she laughed at him in mockery manner.
Just before Ubiji said a word, a soapy water from upstairs poured on his body. Aminu, the uneducated Hausa gateman, witnessed the shameful act. Ubiji looked up to see Chisom with a bucket, obviously, she was the one who poured the water.
“The next one gonna be acid if you don’t make a U-turn” she warned from upstairs.
“Aminu!” Mrs Esther called on the gateman. “Take this idiot out!”
However, Ubiji had began to leave the compound slowly. He made several pauses on his way out which provoked Aminu to the extent he was forced to push him, yet, he kept making several pauses on the way.
“Oga, make I dey go my house na! I dey go, I dey stop, I dey go, I dey stop, whalai, I be push and follow?”
Ubiji neglected his uncomprehending statement, looked back for the last time and went home thinking about how he met Chisom:
That was a faithful Sunday morning, he saw her struggling with her car tyre which stocked into a gutter at a programme he was invited to by his friend. As a gentle guy, he approached and help her out.
“Thank you” she had said.
“Welcome” he replied.
“How may i pay you back?”
“Just grant me the permission of taking you out”
She smiled then both exchanged contact, but the very moment Chisom learnt that he was jut a teacher, she began to avoid him..
:
Few days later, Chisom and her friend set to go for the wedding ceremony of Abigail. They were to travel to a far distance but within the eastern part of Nigeria; from Anambra to Enugu state. They were four girls who were as excited as Chisom to witness the wedding of their dear friend, Abigail. All prepared to leave from the compound of Mr Desmond using one of his cars. They entered right in the presence of these couple and set the car in motion.
“Bye, mum!” Chisom shouted.
“Bye my dear” the mother waved at her. How could she had known that that would be the last time she will set her eyes on her daughter? What a pity?
On the other hand, how would the girls know that they were being set up for slaughter and for money ritual?
Being a faithful God, God began to reveal whatever that was going to happen to Chisom and her friends to Ubiji in a dream. It was actually a nightmare! After seeing how people were slaughtered in the dream until the very turn of Chisom, Ubiji woke up sweating all over his body. “No!” he rushed out from his one room apartment without knowing that the only thing he had on his body was boxers and a singlet…
:
TO BE CONTINUED

The Thirst For Revenge Episode 2 – 3