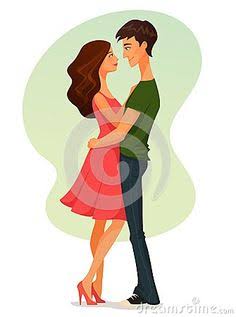 …Kamulaza called his police commissioner friend and told him about Chisala, a search for Chisala was conducted.
At the same time, bulletins were put in all the popular radio and television stations, with Chisala’s picture. They went a step further and asked that the missing person’s bulletin be put on Lusaka Accurate Newspaper , the CEO of the company was gracious enough to do it at no cost, as he was also interested in seeing Chisala returned home safely to his family.
Chisala stood helplessly until an elderly man carrying a sack bag came to ask him why he was standing like that, and where were his parents.

Chisala told him that his parents were dead, and he was in an accident, after treating him, the doctors sent him away. The man became thoughtful and after which he asked Chisala to come with him on the bus. They boarded the bus together and even though the passengers knew that Chisala was going away with a man he did not know, they did not raise objections; they had seen too many abandoned children in Lusaka to care.
The bus quickly filled up and the journey to Livingston began. Chisala was going to Livingston to meet Madam Lusaka, while the latter was in a flight to Lusaka to look for the son that had been entrusted into her care. The journey was tiresome for Chisala who had never been on a bus, and after a few hours, the bus parked at the Livingston bus terminus. By this time, it was already night.

Chisala: “Thank you very much sir, may God bless you” he said and made to go, but the man stopped him, with a hand on his shoulder. Chisala’s eyes glazed over, and he began to follow the man wherever he went. They boarded a taxi that took them out of Livingston into a rural village and to the house of a powerful medicine man.
Elderly man: “ Baba Himonde has blessed my trip as he has delivered a healthy boy into my hand for the sacrifice” he said, laughing hysterically.
Baba: “I feel bad about this, the moment this boy stepped into this compound, I felt shivers all over my body” he said in Tonga.
Elderly man: “You worry too much, he is just an ordinary boy. Can’t you see he is under my spell?” he said and pushed Chisala into a dark room.
Chisala mind was clouded with the spell the elderly man had cast on him like cobwebs. In the fogginess of his mind, a part of him remained and he strove to push the cobwebs around his mind. He tried to remember who he was and what had brought him here.

“ I am Chisala, the only son of late Tasila, I want to be a doctor because it is my mother’s dream” the voice was little in his mind, but Chisala held on to it until it got louder and filled his mind, overpowering the potency of the man’s spell. He broke free of the spell, and his eyes returned to normal.
Chisala: “How am I here and how do I get out of here?” he whispered to himself. He looked around the moonlit room, he could barely see, but the window from which the moonlight was beaming through, was open. He walked tentatively to the window and looked out into the still night. He had not even climbed on the window sill, when the door of the room cracked open, and the elderly man stood in the doorway, like a demon, lit only by the moonlight.

The Power Of Destiny : Episode 21

The Power Of Destiny : Episode 6

The Power Of Destiny : Episode 14