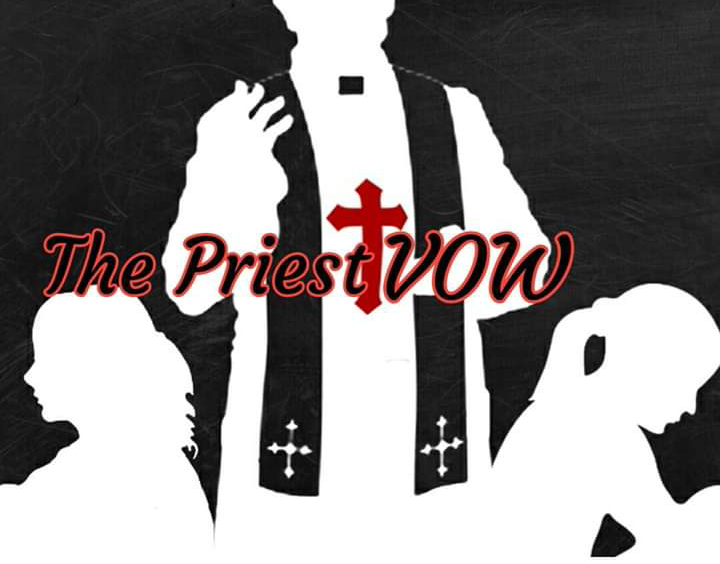 “How did you get here Tagbo, what really happened?

I asked looking straight at him as we sat opposite each other.

“…We did a business together and had an agreement that the money will be shared equally. After the business this friend

of mine and my business partner tries to outsmart me. He was bringing in different method so that he can have the lion share. I contributed so much into the business more than he did and I refused to allow him to cheat me. It ended in a fight and I allowed anger to get the best of me. He brought out a dagger which he wanted to use and stab me but I was strong enough to collect the dagger from him and stabbed him instead. It was just one stab on his stomach, I never knew it was a poisoned dagger. He was rushed to the hospital and I was arrested. After few days he died from the injury which was infested. They accused me of killing him and even said the dagger was mine. Thank God for eye witnesses who saw what happened and knew the knife wasn’t mine but belong to my late friend. If not for the eye witness who saw it and wasn’t biased or judgmental with their confessions… I could have being a dead man too. The case ended with “self-defense is not murder” and I was given nine years in prison instead of a lifetime or death sentence. I have serve seven years already and I still have two more years to go…”

All I saw was pain and regret in his eyes as he speaks to me. This was the third time I was speaking with Tagbo during our prison visits.
I have many other of his follow inmates that no matter the years of hardship they still holds on to hate, revenge, anger and sadness in their eyes.
Tagbo was different. He opened his heart to receive salvation and he became a new man.

“…father James I did not know better then but I do now. I have live one of the most important part of my life in this prison which could have been avoided. Anger got the best of me, if my late friend had succeeded in stabbing me I could had been dead. I come to realize that no matter the pursuit of wealth and fame when you die you will not remember anything anymore. All our sacrifice are all in vain because my friend is in the grave while I’m here in prison with no wife or children. If I come out of here I have to start

from a scratch and I’m willing to start all over again. I’m electrical engineer, I will get myself fixed up in that field or go back to trading but I know that whatsoever I lay my hands on I will succeed because I know the God I serve now….thank you father James for leading me out of darkness into light.

I smiled at his words and said.

“God will not allow temptation that is higher than our ability to consume us, He knows how much you can bear and steps in when the burden becomes unbearable. Tagbo, he sees your repentant heart

and will make a way for you.

We held hands together and prayed before I stand up to go.

Father Patrick was with me as we checked on other prisoners and also prayed with them.

Is another Saturday and it was almost time for block rosary. I was with father Patrick in the car when I got a call from the hospital.

I parked the car by the road side to speak with him. Today was supposed to be the day that Anna will be discharged and I know two reverend sisters went to the hospital to get her. I did not concern myself with that again because she will be in safe hands under the reverend sisters watch but when Doctor Krane called I knew something must be wrong.

“Yes Doctor. How are you doing today…is everything alright over there?

“Not really father, we are having little trouble which we will need you around. Please, if possible can you come now…please very urgent?

After the call I told father Patrick and he agreed to go with me to the hospital.
We were close to the church for the block rosary but have to reverse back and to the road that leads to the hospital.
When I got to the hospital I rushed in immediately.
I noticed the nurses greeted me with a strange look on their faces. They were usually cheerful whenever they sees me but it was different that day and the moment I asked of Doctor Krane he was informed and I was asked to meet him in his office.
Father Patrick followed behind and when Doctor Krane saw him he kindly asked him to wait outside that he wish to speak to me alone.
Since I did not have anything to hide and

Patrick knows everything about me already so I insisted he stays.

When we sat down in Doctor Krane’s office he started with.

“The lady is clamming you as the father of her unborn child. I know is sound crazy but she was making some sensible point with her accusation. i wanted to ask if you know Anna before the accident?

The question was unreasonable so also is the accusation.
Patrick laughed out sarcastically before asking Doctor Krane.

“Isn’t she the same lady with loss of memory? How possible is it that she can now remembers who got her pregnant or have she suddenly regains back her memory? Doctor, did you even understand the question you are asking father James?

I was quiet and did not say a word.
Doctor Krane breathed in, he turned to me and said.

“I’m sorry about all this father. I know the implication of this and that was the reason I wanted to speak to you privately. Like I explained to Father James before that Anna’s memory loss was not a permanent one and as time goes on she will start having flip in and out. She will remember who she truly is at a moment but after some time it will disappear. It goes on like that until it becomes stable. I checked her yesterday and her memory was stable at that time. She can actually remember. Her recovery is faster than I thought and she was not affected mentally. I spoke with her yesterday, asking few question about where she came from but she refused to answer any of my question. She has been saying this for some time now about father James but I did not take her serious until yesterday night and this morning when the reverend sisters came to get her and she said she was not going anywhere with anybody until she sees the father of her child which she insisted was father James. The reverend sisters are still in her room as we speak and she refused to go with them. They thought she was crazy but I assured them she that she wasn’t, she is sound.

I shakes my head pathetically and said.

“Despite how insane all this seem and sound I will request for a paternity test. Can you just do a DNA test to ascertain this accusation? This is baseless and pathetic. God have mercy! I don’t know this lady before until the day of the accident and all I wanted to do was to render help. I can’t be like everybody who turned away from her body, I couldn’t stand there and watch her bleed to death. I never knew she was even pregnant until you said so. All this coming up now is the reason why many people will never want to help but I’m not “many people” and I will never stop rendering services to man because of one person’s mistake. Please go ahead and run the test right away.

The doctor relaxed back and did not speak right away, after sometime he said calmly.

“Father James I understand your pain. But running the test will be able to prove your innocence because few staffs and patience here might have heard the news and take it to heart. We need to clear your name but that will be after the baby is born so that we can run a proper test but I hope you will be able to live with whatever comes until then….

I nodded and we all stood and went to check Anna.
Two reverend sisters were sitting there. The moment she saw me she sat up from her bed and pointed at me.

“I told you I will never go with the reverend sisters. I said this last week when you came, I said that i will rather live with you than anybody else. You are the father of my unborn child. I may suffer memory loss but I’m not crazy. We both had affair which resulted to this pregnancy and at the cause of you trying to cover up the shame we got into a fight, you hit me with a wooden stick and the next thing I know is that I’m lying right here in a hospital suffering from having my full memory this minute and not having it at all the next minute. Don’t deny this father….because if you do I will kill myself, my blood and that of my unborn child will be on your head. Is better we settle this rather than creating a scene and making people to know that their well respected and godly father had an affair and got a lady pregnant. I will not relent until I get what I want…

The sisters looked up at me with a confused face. I thought this was going to be just an ordinary threats when she first came up with the accusation but it was taking another dimension.
The road was not just going to be stony, it will be filled with sharp rocks and dangerous crawlers.
Where do my help come from? My help comes from the Lord who made heaven and earth, he sees the content of every man’s heart and he will not allow me to stumble.

The more Anna stays in the hospital the more she incurs more bills, I would have suggested that they leave her there until she gives birth and DNA test is done but such suggestion will not go down well so I told her to go with the reverend sisters and by tomorrow everything will be resolved.
Anna refused and said she must go with me to my house.
It took me, the reverend sisters, father Patrick and even Doctor Krane’s pleads before she agreed.

We left the hospital. The reverend sisters took her while I and Patrick went to meet with the bishop.

This was more than what I can handle on my own. The bishop needs to be aware before things gets out of hand.