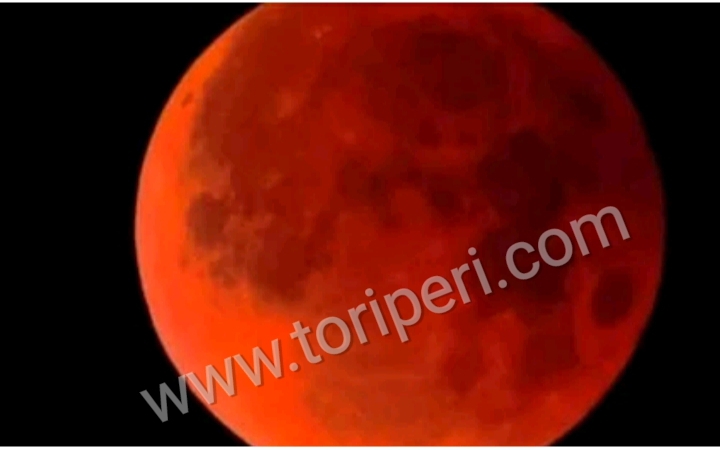 THE RED MOON
(A NEW WORLD)
SEASON 2
EPISODE 10 & 11
:
WRITTEN BY BRIGHT DANIEL
:
Same night in Gezos city after the destruction of buildings by Derick with Michael’s face, people began to m0an the dead ones especially relations. Though it was still early for citizens to go to bed, but none could be seen outside. Vehicles seized to run on the road, thus making the city look like a deserted one. Only the sound of police siren could be heard and their blue and red light seen at any place they passed, looking for Kira whom they solely believed was Michael Nelson.
Lucky took Vera to their house because she refused to go home to her twin sister. She couldn’t stand her yelling and complaints on how she hated their brother to see him dead again, so staying away from home became the best option. She could be seen lying on Lucky’s thighs in a way her legs stretched forward while her head felt the softness of the young boy’s thighs with her eyes blinking continuously to prevent unseen tears. She had been like that for a long time until Lucky touched her cheek saying, “You have been like this throughout today. What’s the problem?”
“Lucky, am i wicked to my brother?” Vera returned the question.
“No, you are only trying to bring justice for his actions. You have your father’s character”
“But why can’t my twin sister see it that way?” She stood up to the window while Lucky watched her steadily. She turned with eyes full of droplet tears. “I know i’m scared, i know i once revealed Michael’s identy which was the reason why he wrote my name on the death note. But i apologized to him, i tried all i could to talk to him as a brother but he hated me the more, he never gave me his attention then made sure i die. He even tried to shoot me for the second time after i was raised with the life note. Is that not wickedness? So why am i called wicked by my own twin sister? Is it because Michael loves her more than he does to me right from childhood? I’m so confused and feel unloved. Where have i gone wrong?” she broke down to a total cry, but found herself doing it on Lucky’s shoulder who had embraced her in consolidation.
It was really heartbroken. The poor girl said nothing but the truth. Right from childhood, she had always noticed Michael having more lovely time with Dera than her, but never cared even though she felt jealous. Once upon a time when they were nine years old, Michael was thirteen, Vera stood at a window from upstairs watching Michael and Dera play with a balloon downstairs. She was extremely beautiful wearing a light gown and having natural long hair. As she watched them from the window feeling jealous, her mother came from behind.
“Vera, what are you looking at?” she asked but the child never responded. The mother had to open the window curtain widely to see with her eyes. She saw Michael and Dera laughing and playing with the balloon, then she sense jealousy from Vera’s eyes. “Do you want to go join them, sweetheart?” she asked again.
“No, mother” Vera replied with a tiny pitch voice.
“Why?”
“My brother doesn’t like me”
“Oh, no, not at all my dear” the mother squat down before her. “You are a twin and your brother loves you as much as he loves Dera, okay?”
The poor child nodded her head positively without a trace of smile..

Court remands 10 masquerades in prison for attacking police station in…

AT THE END OF THE TUNNEL -EPISODE 10 – FINALE

Impregnate me Or I die episode 1