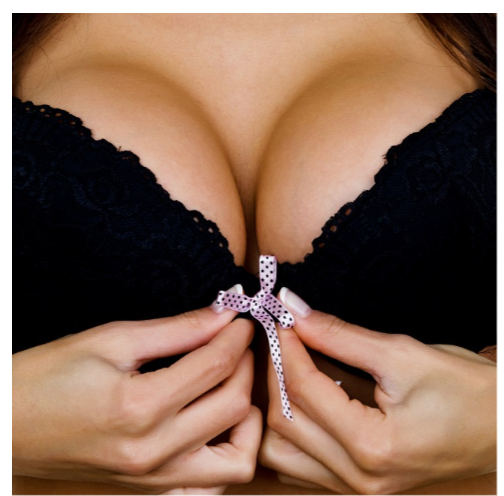 “Malik..do you know i’m thinking of searching for a Job pending the time your aunty would get me the one she promised”Jumoke said to her lover as they sat under the Mango tree.

“Err..will have to think about that…but i’ll let my baby know”Jumoke replied him sweetly.

“It’s fine then”Malik said getting up and stretching his arm muscles.

“Yes babe…i have to be in the workshop now..That’s my source of livelihood..i know we’re gonna make it someday”Malik said and patted her back.

“Amen o..”Jumoke replied”Should i bring you food in the evening?”

Malik Azeez was Jumoke’s lover for the past two years.He was dark,average heighted and thick-builded.He only had the ordinary level certificate due to the fact that there was no money to further,he learnt the automobile mechanic trade.He was from a poor home and feeds his father,mother and three sisters with the little income he earns.

Jumoke Adejumo on the other hand is a light skinned lady with big bums and bre@sts which makes guys to have a boner each time she passes the neighbourhood.She was a graduate of Financial Accounting from the prestigious University of Ibadan.A very vibrant,lively and high-spirited lady she was although poverty stuck to her and her mother like leeches,she never allowed that to weigh her down.As she does menial jobs like canteeen dishwasher,Bricklaying laboure etc and thanks to the little token given to her by Malik sometimes.

“Jummy!!!…”A voice called out her name as she slept on the sofa.She recognised the voice to be her friend’s,Temitayo.She knew her friend as a loud,busy-bodied lady.Who knows what she has got to say this time around,she thought.

“Jummy..I brought goodnews for you oo”Temitayo said happily as she brought out a letter from her handbag.

“You have gotten a job a Sodom’s company”Temitayo shouted.

“Yeah..Remember you gave me your C.V that time,so i made a photocopy and submitted it to the company on your behalf..You’re to resume tommorrow as assistant financial secretary”Temi said.

They hugged each other and giggled.

Jumoke was at the office as early as 7am the next day.It was indeed a big company,not just a big company but a multi-million company with branches in switzerland,France and the head company in the U.K.She gaped in surprise when she opened the letter the previous day and saw that she was to be paid 50,000 nigerian naira monthly and a weekly allowance of 20,000 nigerian naira.She vowed to work hard and serve with integrity but she she was soon to know there’s more to it.

The day activities began and she was placed in another office room with other three guys and two girls.The guys were kenneth,jide and larry while the two girls are Mosunmola and Bethany.Jumoke noticed they kept on talking dirty and refused to work.She was feeling disgusted at first but she soon got used to it and was enjoying each words spoken as she wasn’t a novice when it comes to s£x.Only that,Malik had never asked her for it and even though she needed a d!ck in her badly all this while.

“You know..i can fvck a girl deeply till she begs for mercy”Kenneth said.

“It’s normal for a girl to m0an..my girl complains of my size too”Larry chipped in.

“How about you checking me out?”Jide said to Bethany.

“Let’s have a party of fvck what do you think?”Kenneth said.

“She will join”Jide muttered and pointed to jumoke.

“Hmmph…okay”Jummy said and stood up to sit on a chair closer to them.

Bethany kept on sucking and licking Jide’s long crankshaft.She rolled her tongue and gently bit the the cap with her teeth.The others looked at them in awe.No doubt,they were also Aroused by the sight that beheld them.Kenneth looked at Jumoke and winked at her.She got the message and smiled.Larry was already driving in and out of Mosunmola”s pvssy.The girl was m0aning in ectasy.Kenneth spread Jummie’s laps apart and came into view of the most freshest and cleanest pvssy he had ever seen.He salivated and inserted his index finger into the hole.Jumoke m0aned in pain.It’s been three years since she fvcked last and that made her tight.Kenneth started bleeping her with his index finger and she m0aned and squirted unto his hands.She couldn’t hold it any longer as she craves for a d!ck inside of her.Just in time to her relief,Kenneth brought out his d!ck.It was fresh and thick though not that lengthy.

He positioned the d!ck at the entrance and tried to force himself in but jumoke cried out in pain.The other people were already fvcking madly and their m0ans and groans filled the room.Kenneth started by slowly penetrating her and soon the entrance started to give way,without warning kenneth plunged deep into her.Hmm!!!She m0aned hard.Kenneth increased his pace as he fvcked her on the chair.The chair rocked to and fro making creaking sounds.Kenneth was moving closer to his climax,he tried to hold it but couldn’t.He groaned”Ahhhhh”pulled out and splattered cvm all over jummy.The others laughed as they were just rounding off theirs too.Jumoke stood up and hurried to the restroom.As she was about to enter she heard m0ans coming out.She stood looking puzzled.She knocked and the m0ans stopped.There were signs of struggling and soon the door opened.One of the security men and a girl of about 17 years of age rushed out.Jumoke looked at them and bursts into laughter as they scampered off.

After cleaning herself up,she went back to her duty.The others were serious too and they went about like they knew not each other.Mr Phillips entered with a file in left hand.With the look on his face,no doubt he had something to say.

“tchewwww!!”Bethany hissed loudly at him.

“What’s that for?”He quizzed but bethany didn’t answer and glued her eyes to the computer system before her.

Mr Phillips went away adjusting his trouser.Jumoke stood up and followed him.As soon as they were inside together the man locked the door.Jumoke looked puzzled as the man unbuttoned his trouser and out he brought out the biggest d!ck she had ever seen.It was so large and looked monstrous.Jumoke was scared and fascinated at the same time at the sight.”Come here!”The man barked.

“Eishh!!”Jumoke said and put her index finger in her mouth.

She walked towards the man in a seductive manner and knelt down before him.She held the big d!ck in her hands and kissed it gently.It pulsated in her hands.She smiled and wrapped her lips around it.The man shouted.She started sucking and licking the whole girth.The man was speaking in tongues as her tongue performed beautifully on the d!ck.Mr phillips lifted jumoke up on the table hurriedly as he was close to his climax.He plunged deep into her without warning.Jumoke shouted”My pvssy is on fire ooo!!!!”.

The others outside shook with laughter as they knew Mr phillips and his iron d!ck.

Malik had been to Jumoke’s house thrice.It was the last time that her mother told him she had just secure a job in the metropolis.He pretended like it was fine but beneath his mind,he was really annoyed at jumoke for doing things unilaterally.He drove one of his customer’s vehicle to his house and parked it.He looked downcast and was thinking heavily.Erotic m0ans came to his ears and he flipped it up.He got out of the vehicle holding a vehicle alternator belt in his hand.Yes,the noise was coming from the house and it was from his youngest sister,Habeebat.He tiptoed and slowly pushed the door open.He crept noiselessly towards the girls room and peeped.There was it.A guy,nude,was giving it to his sister hotly.He foamed with rage and entered.”Waishhhhh!!!”The belt landed on the dude’s black ass hotly.The boy looked back and went down on his knees.”Brosss Abeggg!!”He said with tears streaming down his face while he rubbed his butt.Habeebat screamed.
.
.
.
To be continued…

My only sister episode 3