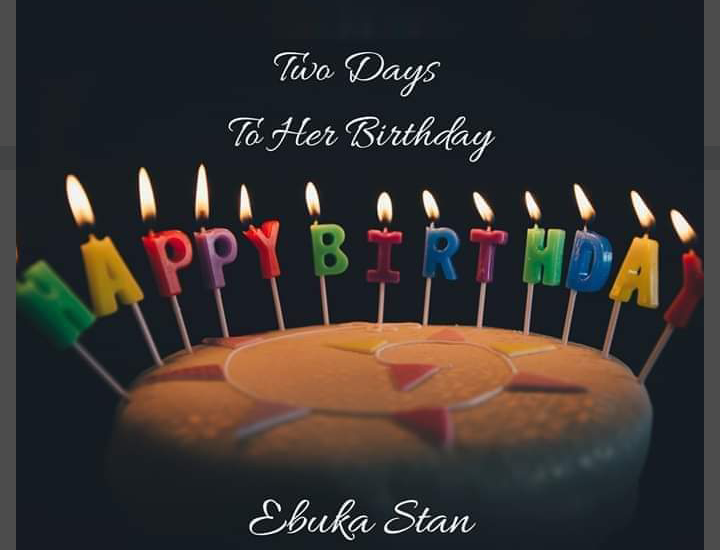 Bradley’s college was an all-girls high school. It was a serene environment for serious studies filled with tall Dogonyaro trees, blue one-storey buildings and stern teachers that didn’t hesitate to enforce discipline.

Now at the age of 17 and in her SS3, Oluchi had grown into a tall slender woman. She had her father’s eyes and her late mother’s smile.

But she was also a shy girl who kept her thoughts to herself and had not been able to make friends at Bradley’s.

Oluchi stood up from her bed and pushed all the bitter memories at the back of her mind.
I deserve to be happy, she thought.

Suddenly, the school bell rang and the girls started coming out from their beds.
Time to brush up and prepare for assembly.

As Oluchi began to get ready for the day, a happy thought entered her mind and she remembered that it was two days to her eighteenth year birthday.

I would finally be eighteen.

Oluchi’s father had made each of her birthdays – a day to remember. Over the years, he had created a special birthday ritual that kept the young girl excited as she waited for the big day.

As her father’s special daughter, she knew that her father would always surprise her on her birthday. The birthday ritual had kept father and daughter close to each other.

Even in harsh conditions, every of her birthday, her dad would still manage to do three things for her; org-nize a birthday party for her, get her a special birthday present and send her a letter telling her how much he loved her.

Since she had been schooling in Bradley’s, it had reduced to two. It was now a special birthday present and a letter. And now, Oluchi had started anticipating, making lots of guesses of what this year’s birthday gift would be.

She didn’t even notice when the assembly had ended. Her face beamed up with smile as she joined her classmates in a meaningless chatter on their way to their classroom.

The SS3A classroom which was Oluchi’s own class was looking clean and well kept. Each of the seats had a tiny h0le where the girls kept their books and their bags.

The huge white board placed on the wall was shining so bright; a special technology that allowed classroom teachers to write with temporary markers instead of white chalkboards.

There was a small projector on the right hand side of the wall which was used along with a big projector screen for practical lessons. All these were put in place by the school authorities to make sure that students of Bradley’s stand out from the rest of schools in the country.

In less than two minutes, the English teacher, Mrs Teresa entered the class and started teaching the students ‘Nouns’ and ‘Pronouns.’

That was when the senior Prefect, Miss Adeola Martins – a tall girl with glasses and an aura of authority entered the class and spoke with the English teacher for a minute after asking for her permission.

As soon as she left the class, the teacher called out, “Oluchi Obidike, stand up please.”
Surprised and afraid that she must had done something wrong, Oluchi stood up as she trembled in her blue and white uniform.

“The principal wants to see you now in her office.” There was a tone of finality in her voice.
Oluchi nodded. Her heart had started beating fast. As she ambled through the long corridor leading to the principal’s office, one question was on her mind.

What have I done?

When she reached the office, the door was already open. Oluchi entered inside the vast office and almost stumbled when her eyes met the cold eyes of the principal, a short heavyset woman with thick glasses.

She regained her confidence and greeted, “Good morning madam. I was told you wanted to see me.”

The office was big. It was filled with big books and lots of files which were neatly arranged in rows. The Principal, Mrs Philomena Adetunji, sat behind a huge mahogany desk. A no-nonsense woman, she was known as the iron lady and the chief disciplinarian at Bradley’s.

The general belief among the students was that if she called you to her office, it means you would either be expelled or suspended from the school.

A Vanguard newspaper with the headline, ‘Fire Guts A Residential Building,’ was lying atop her desk.

“Yes, Oluchi. Please sit.” Mrs Philomena gestured with her hand as she removed her reading glasses and placed it on her desk.

Oluchi nodded and sat on the white plastic chair facing the principal.
Mrs Philomena noticed the young girl was panicking and smiled at her, “You don’t have to worry Oluchi. You did nothing wrong. Please feel relaxed.”

That was unlike the iron lady, Oluchi thought. She gave a sigh of relief and finally settled well on her chair.

“Good.” Mrs Philomena was pleased. She knew that this was a delicate matter and it had to be approached with utmost care.

The principal opened a file and brought out a white envelope. She put back her reading glasses, examined the envelope one more time and gave it to Oluchi.

“This is a letter for you from home. We are here for you Oluchi. If you need anything, let me know. Bradley’s will give you all the support you need. I will call you tomorrow morning and then we can discuss everything in detail. Now, you can go.”

Oluchi collected the white envelope, thanked her and left the office.

But as she started walking back to her class, her mind began to replay the scenes that happened in the principal’s office.

A lot of thoughts were seeking for attention in Oluchi’s mind and the more she thought about them, the more she became uncomfortable. So many questions and yet, no answers.

This is a letter for you from home.

Bradley’s will give you all the support you need.

I will call you tomorrow morning and then we can discuss everything in detail.

The words of the principal made no sense to her.

What is going on?

A letter from home?

It’s two days to my birthday.

Is it my birthday letter sent by my dad? It came too early. No it didn’t. He must have had his reasons.

Oluchi was becoming too anxious and restless. A lot had changed in ten minutes.

To stop herself from going crazy, she decided to believe that it was a birthday letter sent by her dad and she had nothing to worry about.

Suddenly, she was back in her happy mood and her face brightened with a smile.

When she was close to her classroom, she stopped and decided to read the letter.

In all the letters she had read in her previous birthdays, her father always mentioned the name of the special birthday present he bought for her. The letter always came first before her present.

She was so anxious that she couldn’t wait any longer. She decided to let the cat out of the bag.

She opened the white envelope and quickly brought out the letter. As she started reading the contents of the letter, the smile on her face vanished, the expression on her face turned from surprise to shock and then to horror.

And instantly, her wh0le world shattered. Oluchi cried out in pain and as the teachers and the students rushed out from their classroom to find out what was going on, the young girl had already collapsed on the tiled floor.