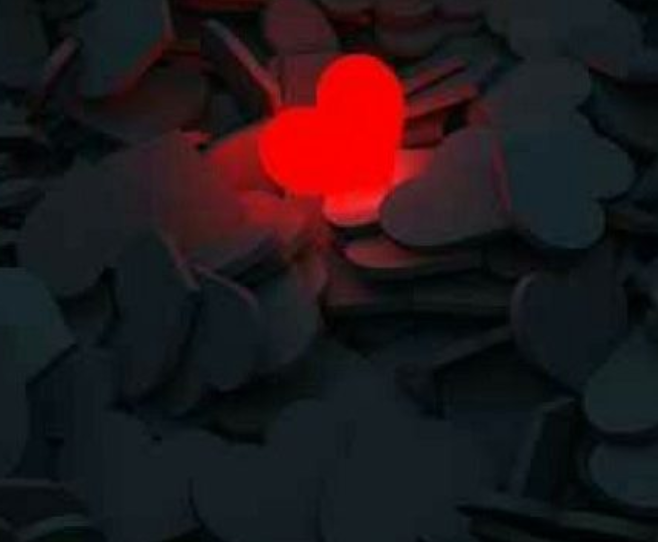 He was seated by the edge of the bed, wearing just white boxer shorts, staring at his phone screen, looking at the double check on his whatsapp chat with Adunni turn blue a few seconds after each IM he sent her, but he wasn’t getting any response from her. The air condition in the room was on but little specs of sweat were visible on his forehead. He got up after a while and walked over to the window to look at nothing in particular.

Everything had gotten weird after the last time they saw, and he was wondering what had happened. Was it something i did, or didn’t do? Should i have proceeded to have s£x with her that day? Different thoughts came to his mind but he just couldn’t make any sense out of why she would stop answering his calls, or stop replying his messages. Complications. He thought to himself and remembered one of the reasons he had decided to stay single for so long.

When he had called to tell Modupe about the new development, she seemed surprised too. She promised to find out what was going on and get back to him. When he didn’t hear from her after a few hours, he called her back, but she said she hadn’t been able to get through to her friend yet. That was yesterday, and he hadn’t heard from her since then. He decided not to call her again because he could tell from her voice on the phone that she was lying about not being able to get through to Adunni. He just couldn’t understand what was really going on.

An idea came to him, and he walked over to his wardrobe. He stood in front of it for a few seconds as if running through what he was about to do in his mind, then he shrugged, open the wardrobe, and pulled out a sim pack from the inside pocket of an old blazer. He removed the back of his phone, replaced sim cards, put the back back in place, and turned the phone on. He took a deep breath as he dialed her number. She picked up on the first ring. “Hello!”

“Why have you been avoiding me?” He said. When she didn’t reply, he went on with, “I don’t get it. Just tell me something, don’t…”

“Adunni, just tell me what I did. What happened?”

She took a deep breath before saying, “It’s complicated.”

“What exactly is complicated? Just tell me…tell me whatever it is.” He said with a disgusted tone.

She said some things to someone where she was and came on again, “Hello.”

“Stephen, I can’t…I can’t..” She was saying in a low tone as her voice trailed off.

“You can’t what? You can’t be with me?” He said and she went silent. He waited a few seconds for a response from her but all he got was heavy breathing. Then he slowly removed the phone from his right ear and disconnected the line. He stood in one spot, hyperventilating as all his body shook in rage. He looked down at his phone for a few seconds then threw it at the wall. It shattered and its pieces went flying in different directions.

The hotel room was a lot bigger and fancier than he had expected. It had a king-size bed, reading table with computer and internet connection, and a small bed-side refrigerator. All that and he was paying just about $30 a night for the place.

He read the last paragraph on the page about five times, made a few changes here and there, before typing ‘The End’ below it. A smile appeared on his face as he stared at his laptop screen in satisfaction; if this was back when he was drinking, he would have gone out to celebrate tonight.

Stephen had struggled with the ending part of this story for weeks; little did he know that a heartbreak would give him the fuel he needed to finish the work.

He stretched and made a somewhat loud yawning noise. The white t shirt he had on was a new one and was a little tight at the neck, and he tugged at the neckline a few times to loosen it up.

He had taken a bath a few minutes ago, and the smell of the Dudu Osun soap filled the air even though the bathroom door was closed. That was why he loved the soap so much. It was one of the items he had picked up at the mall on his way to the hotel few days ago; along with half a dozen fresh pairs of boxer shorts and white t shirts.

He looked around the room from where he sat, wondering what to do next. With the belief that it would take him at least a week to finish the book, he had booked the place for 7 days, and now he had 3 days left with nothing to do. He didn’t want to go back home because he knew Modupe could come looking for him and he didn’t want to see her right now.

“Time for some real food.” He said out loud and got off his seat.

He was looking for where to park his car at the mall’s car-park when he saw her. “What’s she doing here?” He muttered under his breath and ducked his head, hoping she wouldn’t see him. It was midday on a Friday, and a lot of workers were out on lunch break. She was dressed casually in jeans and denim shirt with a few buttons loose at the top. Her head was down as she walked, and she would look up every now and then to make sure not to bump into anyone. She had already walked passed his car when she stopped, and walked back. “poo!” He cursed under his breath.

“What’s up Stephen?” She said with no expression on her face as she looked down at him from where she stood by his car door. When he didn’t say anything back, she leaned in the window and said, “I am sorry.” He looked at her and was thinking of what to say, but her [email protected] were in his face and distracting, so he looked away. She walked to the other side of the car and got in. There was silence for a few seconds before she said, “Stephen, I am still confused and don’t even know how to handle what I found out.”

He looked at her with a quizzical look on his face. “What you found out?” He said.

“I guess Modupe hasn’t spoken to you yet.” She said and sighed. “First of all, I apologize for handling the situation badly. I should have at least talked to you about it.”

“What situation? What exactly happened?” He said and shifted in his seat so he could look straight at her.

“You remember Ann? The girl we ran into at the beach last week.” She said and he nodded. “She told me how…” She was saying and then stopped to look ahead. “She told me there was a time Modupe tried to hook her up with you.” She paused and Stephen looked at her, thinking of what exactly that was meant to mean, till she added, “The only reason Modupe has been trying to hook you up with her friends is so she can be with you. Stephen, she is obsessed with you.”

COVID-19: Africa will lose $65b to full lockdown, says UNECA

When i fall in love episode 12

When Love Is Not Enough 2 – Episode 1