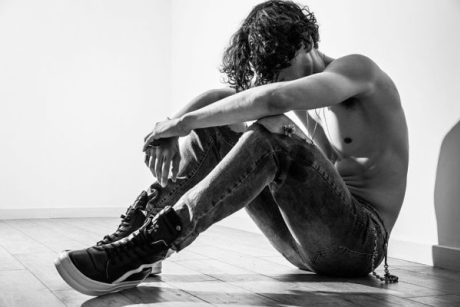 Maame Afua’s Mum: Nii Ayibontey you see how stupid your face looks over there, I gave myself and heart to you freely but you didn’t care about me in return, if not for this NGO that assisted me, what then would have been my fate, you shuttered my dreams like a broken mirror and you expect me to forgive you just like that?

Lawyer Ayibontey: Akosua I accept my faults in good fate and I don’t know the amount of words I can use to erase the ugly encounter you passed through. David said in the bible that he acted like a boy when he was a child and now that he is matured he will act like a man, 2 wrongs has never made a right before and to tell you the truth my past has been hunting me for long like my shadow, please find a little place in your heart and forgive me for the pains I have caused you. Look at our daughter here on the sick bed and let go of the pain, anger and hatred for your heart and mind to be free.

Maame Afua: Mum stop embarrassing me, I told you we agreed to let s£x wait until we walk to the aisle so why are you asking him this question over here.

Maame Afua’s Mum: Keep quite over there before I shut your mouth for you. I know that man there and how he liked to use the thing in between his legs, he was a s£x addict.

Lawyer Ayibontey: Am glad you said “was”, Akosua I don’t leave in my past again, am a transformed person now, I and our daughter planned to only have s£x after our marriage as she rightfully said. I haven’t even seen her beads before.

Maame Afua’s Mum: So now how do you want her to address you? Is it Daddy or Darling? You men always like already made things rather than preparing it yourself, you see how a single mother has been able to raise her child all alone without doing anything bad or against the society. For the fear of God and the love for my daughter I retract any curse I have spoken against you and forgive you for everything you did to me in the past. Maame Afua I present to you your lost father and Nii Ayibontey, I also avail to you your earthly creation you planted through me.

Lawyer Ayibontey: Thank you so much Akosua for everything you did for our daughter over here, all this while I wanted a companion in the form of a partner but I have gotten a child and a patner at the end. Isn’t God wonderful and a prayer answering God, am ready to take full responsibility over your life my daughter and clear all errors in your life.

As the peace making and merry making was going on Nana Yaw was also with the holy eminence ironing out their difference.

Nana Yaw: So you think causing me such problems will change my mind and run back into your arms again, I have made it categorically clear to you that am so done with this stupid fraternity for good, you see what you did to that lawyer to get this position you occupying, am going to be an exception, am much faster and wiser than you think, it will do you a lot of good if you stay off my back

Holy Eminence: Is that a warning or a threat? Nana Yaw stop digging your own grave because you will fall deep into it an get buried in it, wise up boy before its too late, I don’t spit on the ground and take my spit back with my tongue.

Nana Yaw: If you don’t have words to describe my action then take it as an advice. I have said my own to you and if you dare me I will pull this whole edifice down, you know I don’t give empty promises.

Holy Eminence: I can see that lady following you around is the one whitewashing your brains with this nonsense,I will put her in her rightful position. No one steps on the tail of a kobra and goes scout free without receiving a bite from me, its also a free counsel from me.

Nana Yaw: As if I care about what you intend to do to her. Stay away from me and anything I own on this earth

Nana Yaw left the place with anger and head straight to his house.

Back at the hospital tension had been down and the anger Akosua Aboagyewaa felt for Lawyer Ayibontey gradually sublimed, she gave lawyer a warm hug her after 36years of anger and bitterness towards him, the room was rekindled with happiness and a great reunion but as the merry making and hugging was ongoing, the lab technician came in with an unexpectedly information and handed it over to the doctor.

Adjoa Wusua went to check on her shop and was really excited about her new shop, she called Esi on several occasions but she was still not answering her calls, this got her worried and she planned to pay her best friend a visit when she was less busy. After she inspected her supermarket she decided to go home and rest a bit before going back to Nana Yaw’s end but when she got to her new apartment she was welcomed with something unexpected………

There is a lot in stock awaiting the future!!!!!

The lab technician handed a paper to the doctor and when he checked he smiled, took a deep breathe, cleared his throat and spoke.

Doctor: Erm sorry to cut into this beautiful reunion of this family but the information in my hand is a bit worrisome, as we took samples of Maame Afua’s blood and run a check on it we stumbled upon something unusual so we had to do the examination over and over but we kept getting the same results, am afraid to announce to you that you daughter is pregnant.

Maame Afua’s Mum: (quickly releases herself from the embrace of lawyer) Aaaah but you 2 told me you had never engaged yourself in any s£xual activity but why this results now? How will the child call his father and you Maame Afua how would you also call your baby father? Am disappointed in you people, see how you have messed everything up again.

Maame Afua: No I can’t be pregnant because I just finished my menstruation last week the normal way I have been doing it and more over its over 3months I had s£x.

Maame Afua’s Mum: Stop deceiving yourself and me, you have been doing the thing secretly in the dark and you see today light has been thrown on you, I don’t have a problem with you been pregnant but it’s with the man you are pregnant with that I have issues with.

Lawyer Ayibontey: Akosua believe me, I don’t have any hand in this, I have never seen even the pant of Maame Afua not to say her n@kedness.

Lawyer Ayibontey: Praise the Lord, I met Maame Afua barely a month ago, I can’t be responsible for that. Akosua do you trust me now if I say am innocent.

Maame Afua’s Mum: My daughter tell me who you were with 3months ago? But if my memory services me right it’s……

Maame Afua: Ansah Akoto the police officer but since we broke up I deleted his contact on my phone and I don’t know where he is stationed now.

Lawyer Ayibontey: Is the man in question a senior police officer?

Maame Afua: Yes but I don’t know his rank now, he wanted to get me pregnant first before we get married but after he stayed with me for 2years and pregnancy was not coming he started flirting around with different ladies, I couldn’t stand that because I feared he might infect me with a s£xually transmitted disease, I broke up with him.

Lawyer Ayibontey brought his phone out and made a call to someone ordering the person to come to his current location ASAP. Meanwhile Adjoa Wusua had also gotten to her apartment, immediately as she opened the door she saw a very big black kobra lying infront of her, out of shock she collapsed and the snake started approaching her direction to attack her, the kobra lifted its head and spread his hood about to attack and from nowhere there were several gunshots which hit the kobra and it fell dead, the bodyguard of Nana Yaw rushed to where Adjoa Wusua was lying to check if she had been already beaten by the snake and as he checked she was okay so he rushed to the kitchen to get water to revive her, all this while Nana Yaw was sitting in his wheelchair and waiting outside to be briefed on what went on inside the house of Adjoa, the bodyguard of Nana Yaw was later seen coming out from the house with Adjoa in his arms. He told Nana Yaw about what he encountered when he entered Adjoa’s compound, some guards were immediately deployed to go back into the house and run a thorough check up in the house to see if the place was safe knowing very well how dangerous kobra snakes were and deceptive they were, he went further to instruct them to call a fumigating agency to come to the house of Adjoa and fumigate the place immediately. Nana Yaw ordered his driver to take him to the house and on the way he called his personal doctor to come home and examine Adjoa to see if she was safe from any snake bite.

Esi Haizel later met Eddysongs and together they went to see his travelling agent and handed over Adjoa’s passport to him so that she gets her visa approved shortly, after that they left to Eddysongs place to spend the rest of the day together and plan on how their trip was going to be like.

Now back at the hospital the doctor had arranged for blood from a different hospital for Maame Afua because her condition required an immediate blood transfusion, lawyer Ayibontey stepped out of the ward to receive a call which he termed to be personal

Is Adjoa Wusua’s life safe and can Nana Yaw stand in the way of the fraternity and be victori ous at the end of the day?

I want a home episode 95

Memoirs of A Lagos PLAYBOY Episode 37