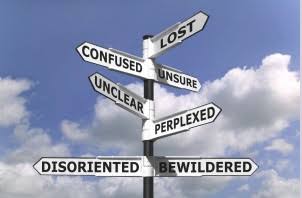 Chidi had always been a problem to the boys and Dike himself due to his nervousness and fear of the vigilante group which always made him emphasize on quiting the dirty job they were doing, but unfortunately he musn’t quit coz he knew the consequences. Nevertheless, after Dike poured out his anger on how Cowardy Chidi was, Obinna said after taking a good look at the content of the envelope, “I’ve always told you to stop wasting your time on Chidi. We shall do this job perfectly tonight but i want to make it clear to you that this will be the very last time we do it”
“Why?”
“My boys and i decided to quit not because of the vigilante group but because of the percentage of the money we normally get. It isn’t enough for us. We can only continue if we always have eighty percent of anything we get” Obinna replied then Dike became angry again.
“You must be a crook! What am i even saying? You are already a crook! It is presumptuous of you to open your vocal cavity which is analogous to that of a vulture telling me unabashedly that you must have eighty percent of anything we get while i do my damnedest to make you somebody other than a panhandler. What a scumbag you are!”
Ebuka couldn’t take it anymore; Dike’s grammar and insults, so he stood up, took the envelope from Obinna and flung it to Dike in a way it scattered on the floor. “If you don’t accept the agreement then get out of here!” he shouted wearing a sagged pair of trouser. He had no shirt on, but an expensive golden necklace dangled on his neck.
Kachi also stood up at the moment and aimed a gun at Dike. “You think we are joking, right? I want you to get out of this room now! Out before i scatter your head!” he yelled seriously…
***
Dinta, Ubiji’s uncle, and Ubiji stood in front of Ubiji’s compound. They had been able to get the loan. Dinta had a staff in his hand and red cap on his head looking like every other elder in the very land of Umuye. “Now that we’ve succeeded in getting a loan from the bank, listen, make sure you use the money wisely so that you will be able to pay back before the agreed time. Five hectares of land isn’t something somebody should joke with base on the amount you collected because it doesn’t worth it. Please, be hardworking as u have always been. Never disappoint me”
“I won’t disappoint you, Uncle” Ubiji replied but didn’t smile.
“Okay” Dinta tried to leave but stopped. “By the way, you’ve not been happy. Are you still interested in marrying that girl, Dike’s daughter?”
Ubiji thought for a while and replied, “Yes, uncle”
“After all her father did to us? Do you know the humiliation he put us through? Not only that, he insulted us with his grammar! Yet, you are still interested in his daughter” Dinta lamented.
“Uncle, i love Chioma so much. Since sir Dike wants someone who is rich to marry his daughter then i must work harder to win his heart” Ubiji said hoping he was still in good terms with Chioma. But Dinta stared into the space looking disappointed.
“Young men of these days” he looks down. “Listen my son, i don’t understand what you mean by ‘love’ because during our own time there was nothing like that, but i must advice you as your uncle; forget anything concerning that girl, Chioma and focus on how to achieve your goals so that you’ll be able to pay back what you owe the bank”
“I’ve heard u, uncle” Ubiji concured.
“But you look worried, why?” Dinta asked.
“It’s about Chioma” Ubiji replied as an after thought coz he believed it wasn’t a good idea to discuss his love life with his uncle coz he was capable of handling it like a man.
“Chioma again? What has she done again?”
“I’ve not seen her for a week now coz we are having a misunderstanding”
“But look at her coming” Dinta sighted Chioma from afar. When Ubiji saw her coming in her utmost beauty, he smiled happily and his full joy returned…
***
Dike became frightened at gun point. He never knew the boys could turn against him. So he raised his hand saying, “It has not gotten to that, please, lower your gun. This is a simple issue we need to handle amicably”
Obinna ordered Kachi to lower the gun before he reluctantly did and sat next to Ebuka. “Dike, do u think it’s all about speaking grammar? No. Why must u always insult us using words we aren’t familiar with as if it’s where life ends? Now do u concur with the agreement or not?”
Dike first glared at them all and shook his head. “Alright, agreed. Move tonight and get the money required of you then you’ll have eighty percent of it. I guess i have made myself clear?” none of the boys responded. “I don’t need to remind you that I’m still the boss here.” he added, clutched the doorknob and walked out…
:
TBC