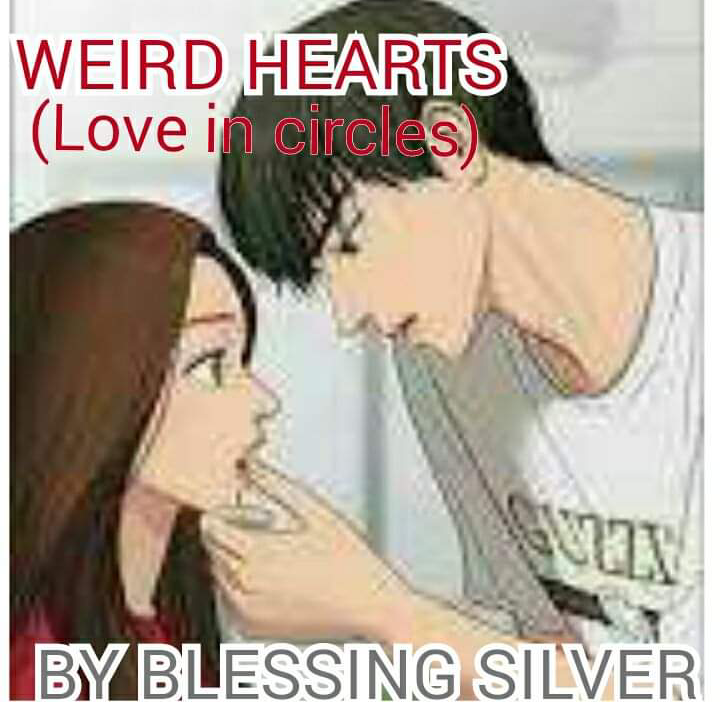 WEIRD HEARTS
(Love in circles)
.
BY BLESSING SILVER, the writer of Meribella
.
Prologue

It all started with her over-belligerent crush on the school’s best basket baller. One harmless peek, one single eye contact was what it took to change her.

Jacqueline Dawson, a seventeen years old student of Amity high struggles to mix her pain and happiness together . Having to bear over a brother who took joy in her pain and abuses her both physically, emotionally and s€×ually, trying to keep up with the early time of her part time jobs and the long trekking to school even when she gets an early pass. She has a die hard crush on Jason Gonzales, the school’s basket ball god and a player, son of a wealthy family.. Jackie, on several occasion sneaks in to the upper hall and peeks at him from his classroom window, believing his sight has a way of wiping her sorrows.

Somehow Jackie tends to deal and live with the harsh treatment meted out on her, accepting it as one of life’s offer after the premature death of her parent. She successfully camouflaged the truth from her best friend who always seem to be curious about her baggy and gob smacking outfit on a ninety degree weather. Jacqueline mixes incandescent emotions, laughter and tears on different occasion and hides her scars beneath the fabrics.
But how long can she keep on shielding those memories? How long can she stay in the dark and bear the afflictions that she thought would always be a part of her life??.

One single peek at her crush leads her to Nicholas McDowell, a rude Mr-goddy-two-shoes, son of a business tycoon who was mostly away on work trips, and a mother who left him after finding out a big secret that he has.. In a way, Jason knows about it too and somehow things get complicated and Jackie is stuck with him, adding to the woes in her life. Getting between the two rivals, her crush and a grouch. she gets to bear with hiding her pain, keeping a daring secret, choosing between two guys and keeping the identity of her pain giver…

A captivating story you shouldn’t miss!!
.
BY BLESSING SILVER