WHO am I?  – EPISODE 1
© KingWax Oluwadamilare 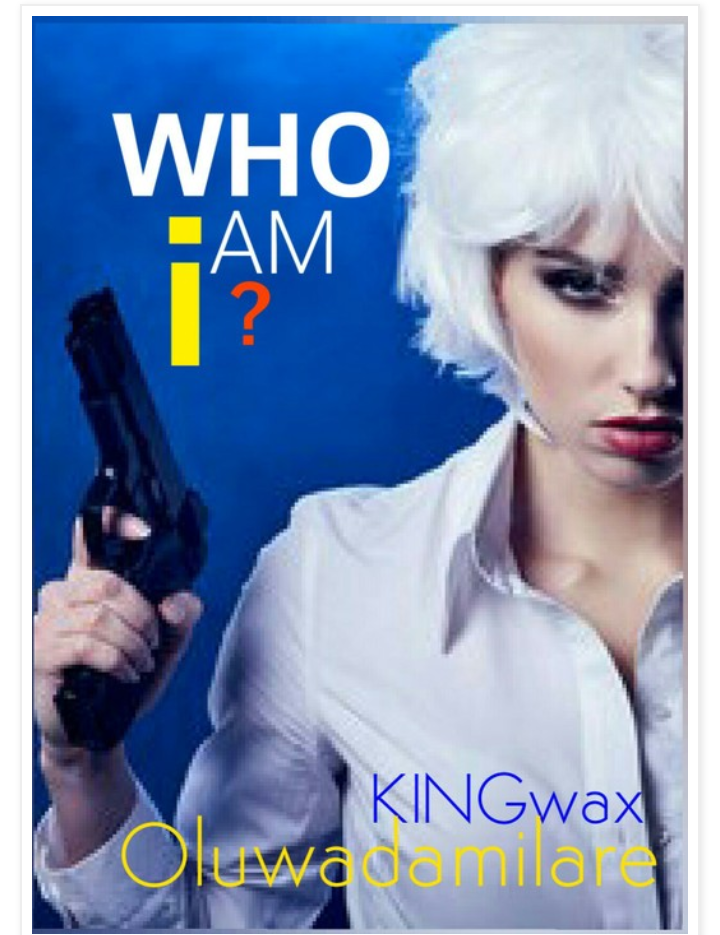 PLS NOTE:
This is rom-nce and action story,  before you read the story, you need to know it contains some dirty words and scenes.

I closed my eyes and basked in the euphoria of a new world; blanched out the memories that had taken me here- into this new world. A new world indeed. Now that I am here, I could wish that my world had stopped spinning and had spat me here, not to be disturbed again by its incessant itch to move about; in its quest for a new life.

I lay quietly on the sands of the beach and enjoyed the feeling of its warmth against my back. I smiled at my cruel imagination, because as I rocked gently side to side, enjoying the hotness against my skin, I imagined myself as a meat on the grill, being barbecued.

My past is not my problem; at least, not any longer. I have worn it as a veil and covered my shame in its glory. I am somebody else, I want to be someone else, and I must be somebody else. I told myself this, as I have always told myself as I move around, trying to live on.

Life as a beautiful Mexican in America hasn’t been encouraging- almost all American male sees you as a helpless immigrant, who needs to be laid for favour. My natural stature hasn’t been helpful either; I could not hide myself from torturous s€×ual harassments that floats around me everywhere. No sooner I tried to hid myself, than I got another surprise.

Years ago, when Pablo brought me into the states, he had told me to mingle like I had been here for long.

‘Nobody knows you here. Nobody gives a Bleep who you are. All you need to do is shut your mouth and run it around like a faulty car.’ He told me as he took me into a small room inside his house.

I was promised a lot of opportunities, but they never came. Instead, I was used as a decoy in car snatching.

‘If you wanna eat, you work!’ I remembered him shouting at me, two weeks after he showed me to my room.

‘Yes, I wanna work!’ I shouted back. ‘But you never helped me to find one!’

‘You ain’t know poo!’ He replied. ‘You think you is some legal immigrants here, who gon’ walk up into a store and say, ‘hey, I want some job!’’ He mocked me with every gesture. ‘Listen, ninita, it just don’t work that way- it never did!’

I was confused. He had a point. It would be disaster if I was deported back to Mexico. But yet, I needed to do something- to earn a living. I knew Pablo; he is my Uncle. He loved money too much and wouldn’t had fed me for more than a month before start complaining about me being idle. Even though I helped his wife do most of the chores within the house, just to appear useful.

I was wrong- it didn’t take a month for Pablo to come around.

‘Yes, I promised your mama, I’m gonna take care of you, but I didn’t tell her you’re gonna be leeching off me like a f***in’ parasite!’ He shouted as he came to my room, a week after the initial outburst, after I reminded him of his promises. ‘What you don’t know is, this is America. You may have heard that the streets are paved with gold, but they ain’t. People see you here, they take what they need, Rosa. Because, nobody’s gon’ give ‘em to you. You know why? Ehn?’

I shook my head.

‘Oh, what are you now, a f**ing racist?’ He frowned. ‘You think the American give a Bleep about what you are? To them, if you ain’t got skin like a florescent,’ he did a lighting gesture, ‘you are nobody- you black. You think you wanna come here and start a Chicano movement like the 60s?’

I looked at him with a frown.

‘Yeah, that’s it. You don’t even know what the Chicano movement is?’ He laughed around the house a little, at my ignorance. ‘I told you, you are ninita, a little girl.’ He did a gesture for a short person. ‘You need to learn how this works.’

I watched him act like he was on stage. He has always been like that. He make gestures with his eyes and hands and walked around demonstrating every word he will say. Uncle Pablo. Short, handsome, jovial but mom has always warned me that he’s very dangerous, but, family means more to him that anyone else. Mom said, he ran to America after he punched a guy to death in Mexico, right in front of her, just for calling her a dog.

‘So, what would you have me do?’ I finally gave in.

‘That’s my niece.’ He smiled broadly and sat beside me. He wrapped he arms around me and started to talk softly. His gold crusted teeth looked like they are rust. ‘You see, Rosa, you have a fine body, a beautiful face. You’re just gonna join me in my business and we make money together.’ He made the money gesture by sliding the thumb of his hand, to and fro, over the other four fingers, in my face.

‘Don’t ask me, Rosa. What you need to know is that you are not going to carry a gun. Simple, huh?’

‘Legal? Your dreams are short, Rosa. You have short dreams of working in a store and collect forty dollars in a week, just for being legal. If you have big dreams, you move with your class. It’s just the natural order. Illegal stuff is for illegal immigrants- that’s what makes America works!’

‘Drugs? Who the Bleep sells drugs?’ Ugh? You… you took me for some low life fools out there? Listen Rosa, like I said…’

‘But it is still illegal, right?’ I asked again but that broke the donkey’s back.

Pablo got mad and asked me to fend for myself he cannot continue to.

After two days of hunger, I went to his small office in his garage. As soon as he saw me enter, he smiled.

‘Of course, you are in.’ He smiled broadly and came over to where I was standing. ‘Listen ninita…’

‘Don’t call me a little girl, anymore, Pablo.’ I cautioned him.

‘Then don’t call me Pablo, anymore. Call me Papi, your papa. ’He joked as he put his arms around me. ‘You must be very hungry,’ he mocked, ‘let’s go order some pizza, as an appetizer.’