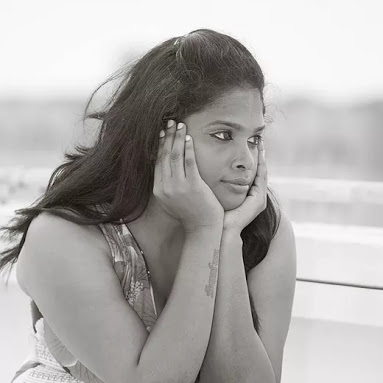 He requested for a bottle of Stone Beer with two wine glasses. One for me and one for him. I told him I was not used to taking alcohol but he insisted that I should take it. He said the alcohol content in that particular drink was low so I shouldn’t worry. I told him not to do anything nasty in case I get drunk. He promised nothing would happen. We were served with the drinks and he took it first. I joined him with my glass halfway full.

We watched people dance and converse about a wh0le lot of issues. After taking about one-third of my glass, he was saying I was talking too loud. But I didn’t realized it myself. I was enjoying how the people were dancing. In fact I could sense some fun within me. I laughed over little little things that people were doing. I stood up and started dancing so I asked him to also stand so that we go do the dance.

All this while I never knew I was getting drunk. He brought his chair close to mine and told me that he feels I was getting drunk so we should leave the place. I told him he was rather drunk and not me. Seriously I was getting s€×ually ar-used. I asked him to give me a k-ss even as we were seated. He refused and said that was not the right place for that. “For Christ’s sake Esther let’s get going, It’s late too ” he said. I told him to allow me finish my glass so that we go. I took about two-third of the glass. There and then, I realized my vision was becoming somehow blurry. I held his hands to the dancing floor so that we dance.

Under normal situations I wouldn’t have done that because I was the shy type. I never knew I was among hundreds of people. I demonstrated all my dancing skills that night. Seriously I can’t remember all that which went on when we were dancing but I felt that Richmond fingered and k-ssed me which increased my level of arousal. The next thing I noticed was that I was sleeping beside him on a hotel bed the following morning around 7am.

“Richmond what did you do to me? And what are we doing here? Where are we at all? ” I asked all these questions looking surprised and ashamed. He said we were at a hotel and we did have fun.” Meaning you took advantage of me when I got drunk? Were you not the one that promised me that you won’t take advantage of me? Am highly disappointed in you. How could you? ” I said angrily. He said I requested for it. I quickly dressed up and we left the hotel to campus without even taking my bath.

People who saw us at the club said I was more than crazy that night, especially in the course of dancing. They even said I vomited on the floor which I wasn’t aware of. Alcohol is to be taken on a full stomach and not on empty stomach. I didn’t eat any proper food that day before taking the drink that was why I needed to vomit and the rate of unconsciousness too becomes high when you take alcohol on empty stomach. The best is to eat heavily before taking it. When I got to the hall, the hall prefect asked me where I slept the previous night. I lied to her that I went home after the paper. She said she saw me at the club with her friend’s boyfriend.

I felt a shock upon hearing that. I was quiet because I couldn’t believe my ears. She asked if she was lying. I remained silent. She then threatened of letting everyone know what I did if I do not respond to her questions. I said she was not telling lies but the guy was my guy and not for any other person. She laughed at me and said, “lover girl, how can you come to school for your first time and start dating? Then by the time you leave this school, you might have dated even the principal ” she said jokingly. She said I should give her 50ghc to treat everything as a secret or else she would punish me and disgrace me at assembly.

I gave her the only money I had, which was the Ghc50.00 and there she said I will remain her friend. She took the money and squeezed my br-ast. This lady would be a l-sbian I said to myself. Richmond called in the afternoon and said I should meet him under a tree which we normally referred to as lovers tree because you mostly see couples there. He apologized for what happened but I asked him not to worry.

He thanked me and I confronted him with what the prefect said about he having another lady but he denied it and said he ever proposed to the person but she didn’t accept. So I shouldn’t take the prefect’s words seriously. He gave me Ghc100.00 to use as transportation when going back home.

My love for him grew up again so that evening instead of me leaving, i went to spend the night at his place. All his roommates left so we had the wh0le room to ourselves. To be honest I never wanted him to stop that night because I really enjoyed it. He entered me without any protection.

I phoned my parents that there was a program on campus which I was attending so I will come home in two days time. Richmond was also around to help me finish that semester well. I actually missed him when i went home. Thirty(30) minutes wouldn’t pass without us talking on phone. We kept repeating the ever enticing ‘I love you and I love you too’ as if that was not enough to make the other partner know that he or she is loved.

It was just a month break but it looked like a year to me. I just wanted to go back to school to see my Richmond. After the long wait, we got back to school. After some few weeks into the second semester, Richmond’s behaviour towards me began to change. He will complain of one thing or the other, always giving excuses for not picking up my calls or replying my messages on time. Least did I know that Richmond was just in for fun and nothing but fun. Is this ship heading for a wreck? I asked myself.