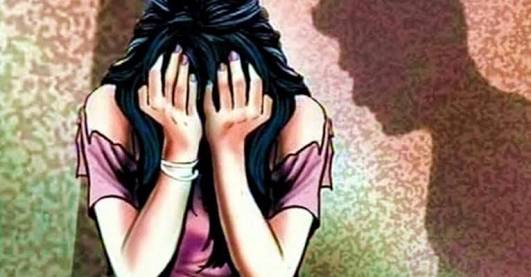 She woke up and found her mother sleeping beside her. She yawned and stretched out her hands and legs. It had been a long time since she had slept well. It occurred to her that she didn’t have any nightmare. She had slept like a baby.

She closed her eyes for a moment and opened it. If her nights continued that way, her full recovery was manifesting sooner than she thought. Someone knocked. She looked towards the door. Efe opened it and walked in.

“Did you sleep well?”

“Yes, thanks,” she grinned.

“Should I ask Mrs. Grace to bring you breakfast in bed?”

She shook her head, “I will take my bath first. I think I will eat at the dining.”

“Thank you for coming to get me last night.”

“You are welcome. But, the next time you want to leave the house, for whatever reason, just call me.”

He stepped closer, “I am glad that you are all right. I was worried about you.”

She nodded, “I didn’t have any bad dream last night.”

“I am glad,” he could see the excitement in her eyes.

“God has answered our prayers.”

Their gazes locked. He was sure that in a matter of weeks, she would be able to go back to her normal routine. He had noticed that no man had come to check up on her. Was she single? He had seen in her hospital records. She was thirty. Why wasn’t she in a relationship at that age? Maybe she allowed work to take over her social life. He had noticed that her siblings were also single and work-driven. They all needed to do a rethink. Life wasn’t all about work, money and fame. There were other things that made it beautiful and worthwhile.

Etinosa stirred and opened her eyes. She turned on her side and noticed that her daughter was awake. She followed her gaze and saw Efe
standing by the doorway. Why were they staring at each other like that? She looked from one to the other. Have their relationship gone beyond nurse and patient to a more intimate one? Was there something else going on between them? The young man was decent and hardworking. He would make a fine husband for her workaholic daughter who had not dated anyone since she graduated from the university. She cleared her throat thrice.

Osayuki blinked and turned away from the intensity of his gaze. She perceived that her mother was awake.

“Mum, morning,” she glanced at her.

She threw a glance at him and smiled, “Morning Efe.”

Why was she smiling at him like that? She was looking at him as if she had discovered something.

“Please, excuse me,” he retreated and walked out.

She raised an eyebrow and her puzzled stare captured her mother’s excited ones.

She shrugged. She didn’t know what her mother was driving at.

“He will make a fine husband for a lucky woman.”

Osayuki blinked, she was not sure why her mother made such comment.

The elderly woman started to laugh. It was possible that the nurse and his patient had no idea about what was going on between them. If it was meant to be, they would find out for themselves. She decided to stay out of their business.

“What are you having for breakfast?”

“I don’t know. I will like to take my bath first.”

“Okay. I will tell Mrs. Grace to make you pancakes and oatmeal.”

“Sounds perfect,” she got down from the bed and headed for the bathroom.

She lay back on the bed. It would be wonderful if her eldest daughter got married. Her dreams of being a granny would finally materialize. It might encourage her other children to settle down. Her first son was thirty five. Her second son was thirty three and Osabohen was twenty eight. She couldn’t remember the last time they introduced anyone as their intended. They were focused on work, power and positions in her husband’s company. Did they make a mistake in involving the children in the family business? She turned off her line of thoughts and pulled her weight up. She climbed down from the bed and yawned. Her husband would have woken up. He must have noticed her absence from his side the other night. She smiled; he could do without her once in a while.

Nosakhare stood at the window, gazing at the busy street. He heard a knock on the door and turned around. Osayuki opened the door and stepped into her father’s office.

“Darling,” he stretched out his hands.

“Daddy,” she hurried into his arms.

He gave her a bear hug, “What are you doing here?”

“Visiting my daddy at work.”

He released her, “Come…” he led her to the sitting area opposite his desk, “How are you doing?”

She nodded, “He is waiting for me in the car. He is resuming work at Saint Nicholas hospital tomorrow.”

“So I heard. He has been very helpful.”

She nodded in agreement.

“Are you also planning to resume work?”

“Good, good. I have a proposition for you.”

“I want you to work for us as a consultant.”

Her brows creased in a frown.

She folded her arms across her chest and leaned against the seat.

“As a consultant, you can work for as many firms as you can handle. Your experience in the industry has coined you as a very hot cake.”

“Many of my friends have asked me times without number to loan you to them.”

“You have helped us to grow and I believe that it is high time you carve a notch for yourself in the business world.”

She sighed. She had never thought about building her career that way.

“But, you must remember, Goldenberg Insurance Company comes first.”

“Thank you for understanding.”

“Thank you daddy,” she embraced him.

“Where are you and Efe off to?”

She released him, “Lunch.”

“Lunch? At six in the evening.”

She shrugged and got to her feet.

“O-kay. I guess I will see you at home before midnight.”

“The fact that I am living under your roof for the time being doesn’t mean that you can dictate how I come and go.”

He placed both hands on his tummy and began to laugh.

He continued to laugh.

“See you at home, whenever…” she marched out.

“Hey! These children will not be my undoing.”

Etinosa walked in, “Honey, are you ready?”

She came to sit by his side, “Wonderful.”

Someone barged into the office. They turned around and saw Osayuki by the door, breathing fast and hard. He leapt to his feet.

“Darling, are you okay?”

She glanced back at him. Her eyes were shriveled with fear, as if she had just encountered her worse nightmare.

Her mother ran to her side. “What is it? What happened?”

She held her mother by the hand and pointed at the opened door.

“Speak up. What is it?” Nosakhare’s impatience wasn’t lost on her.

She swallowed hard, “I saw him…” she whispered.

“He is in Osaretin’s office,” she held her chest, in an attempt to still her racing heart.

It dawned on them that she was talking about the person who lured her to the beach and raped her before the hoodlums found her.

“Are you sure?” her mother placed a hand on her forehead, checking her temperature.

She nodded, stepped forward and collapsed in the chair.

“Stay with her,” he instructed his wife and dashed out.

A few feet away from his son’s office, he heard loud voices. He quickened his steps and opened the door slightly. He saw Osaretin and a taller
man holding each other by the collar. He eavesdropped.

“I have already paid you.”

“I need to travel out of the country.”

“You are going to give me every penny I want, whether you like it or not.”

“I have already paid you for the job. You messed things up. Did I ask for a refund?”

“How was I supposed to know that those hoodlums will find her and do whatever they wanted with her?”

“It is all your fault. What if they had killed her?”

“You need to leave and never come back.”

“Give me the money I asked for and I will disappear.”

“You will not get a kobo from me.”

Nosakhare stepped back. He couldn’t believe the conversation he had overheard. He dialed the detective number on his phone and spoke with
him in a low tone. He hung up and opened the door.

Osaretin let go of the man when his father walked in.

“What is going on here?”

“Nothing dad,” he adjusted his collar.

“Are you sure? You were both about to strangle each other a moment ago.”

“We will continue this later,” the taller man tried to leave, but, Nosakhare blocked his way.

The man looked back at Osaretin.

“No one is leaving until I know why you have decided to turn my company into a boxing ring,” he closed the door and leaned against it.

“It is a private matter dad.”

Several minutes later, someone knocked. Nosakhare stepped away and opened the door. Two uniformed men walked in, followed by a man in
black suit, about six feet tall.

“Thank you for coming detective,” Nosakhare shook hands with the six footer man.

Etinosa and Osayuki followed them in and stood by the doorway.

“Miss. Ehaekpen, can you point out the man who raped you at the beach?” the detective asked her.

She pointed at the young man standing two feet away from her father.

“Good, young man, you are under arrest,” the detective faced the young man.

Stephen fled. The two policemen ran after him and caught up with him down the hall and brought him back to the office.

“Mr. Osaretin, what is your relationship with this man?” the detective asked him.

He broke out in cold sweat, “He is an old friend.”

The detective faced Stephen, “Who is Mr. Ehaekpen to you?”

“He was my course mate back in the university. We reconnected at a friend’s party last year and he asked me to help him get his sister out of
the way so that he can become the second in command in his father’s company.”

Etinosa and Osayuki glanced at Osaretin. He bowed his head in shame.

“He paid me a million naira.”

“You are coming with us to the station. You are an accomplice to the crime committed eight months ago at the beach by this man,” the
detective walked up to him and took him by the hand, “If you become hostile, I will handcuff you and drag you out of here like an animal.”

“Dad…” his voice trembled with fear.

His father turned away and walked out.

“Dad!” Osaretin cried out, shocked that his father wouldn’t come to his rescue.

Etinosa pulled her daughter closer and led her out.