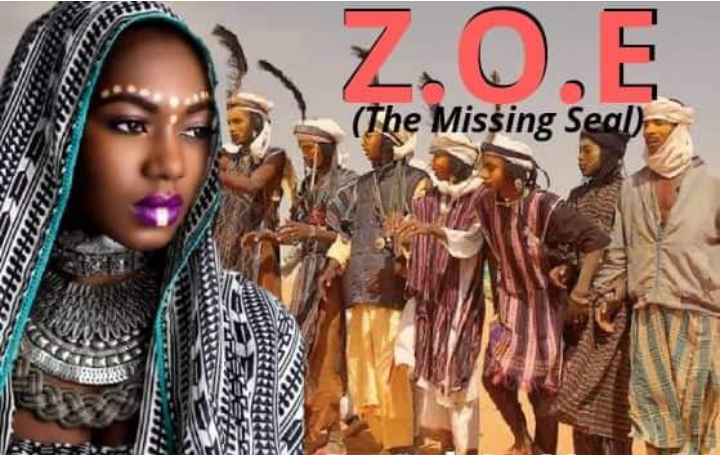 Zoe waited and kept waiting even as months turn to a year she waited patient that Lord Amos will remember her.
It was not her wish to grow old and die in widowhood without a child.
She was still young and there was still time, hopefully Lord Amos will remember her soon.
She made poetry, she wove cloths and baskets, she was good with everything she lays her hands on. She made a cover caps for her brothers who toil at the field and fine dress for her sisters and household servants. Everyone partake of her craft.
She works so hard in her father’s house and gave him no reason to complain over anything.
She did everything that was required of her and even extra.
Her father’s house began to multiply, he harvested good crops, his cattle and flocks gave birth to double.
His father was always filled with smile because all he kept hearing was good news ever since Zoe came back into his house.

“Where is the ill fortune you said I will bring to you father, is been two years now and your household is growing in every area.
Zoe said challenging her father. Who once said she was a disgrace and bad-luck in his household.

“Well, it looks all good now but let’s wait till next year and see if it will continue to look this good. Don’t praise yourself yet…next year will tell.

Mukan said in his defense and by the following year the blessing in his household continue to multiply.

Zoe still prays to the God of heaven to remember her and not let Lord Amos to fail in his promises.

“That girl is still alive, she can’t be living while my two sons are dead. My sons must be avenged and as long as she lives I will have no rest. She must die…Zoe must die. Let god of thunder and brimstone strike her dead. She have to die…

“What is all this Samar… the girl is gone, give me some peace in this house. You are turning my house to a pagan home. Planting idols everywhere in every corner. Samar, you are going crazy with this obsession of yours…

“There will not be any peace until she is dead. She must die. If you were kind and loves your sons you would have killed that witch…you would have killed her but you let her go and up till now she is moving freely and living her life while my precious children are in the grave….ooh! I will never forgot what she did to me. She must die this month or before this year ends…

“I need peace in this house. Leave me alone Samar…let me be…

Lord Amos screamed out in anger to his wife who left his sight and went back praying to her gods.
He left her alone in her misery. “How could wood, clay teraphim or stone gods hear or even speak? If only she knows that there is no life in those idols she worships. But I will let her be, is better she finds consolation in those handmade gods whom she besiege for vengeance than to trouble me”

Lord Amos thought within himself as he left the house for her. He has thought about taking another wife who will bear him more children to replace the dead ones but the thought of another woman under his roof sickened him.
He knows the trouble many wives can bring to a man even having one alone is enough trouble on it’s own.

“No I will not bring more misery upon myself. One woman is enough trouble and two wives is double trouble for any man.

Samar was the wife of his youth, the mother of his sons. He has loved her once and would have never thought of another woman if not for her stubbornness and disobedience.
But despite how difficult she may be she will not disrespect her by bringing in another woman under the same roof with her. He will rather build another house for the new wife if he ever wants to get another woman and it must be a woman who fears the God of heaven and do not stain her hands into idolatry.

“I have seen the way she treats Zoe who was not even a rival to her yet Samar treated her so bad. No…no. I can’t…I don’t need another wife. I will manage Samar just the way she is.

Lord Amos said to himself as he walked into his store house. His chief servants brought the store house account book to him.
He was not interested in it, he looked through it and pushed it aside.

He stood up and went to the sheep shearer where his friend Lamech was sitting with other big men.
He sat with them for some time but his mind was heavy, he couldn’t contribute to anything they were saying.
He stood and excused himself to go and check his flocks.
Supervising things use to be his second son’s duty. Rolf was in charge of foreseeing things but ever since he died and Shelar was sent to Hira he comes to do it by himself once in a while.
He enjoys doing it because it makes him forget about his worries and focus in more important thing than on Samar’s everyday trouble.

He has a house at the sheep shearer‘s park. Where he stay to rest.
After checking on his flocks and getting report from his servants, the reports were not so good. Fourteen of his sheep died all of a sudden. Yesterday was nine. And even at the store house he got a report of termites finding their way inside the store house and destroying many store bags of wheat and grains.

It was shocking because he has never encountered such losses before.
His donkeys and goats were not left out in the diseases that was affecting his flocks.
His calves and lambs were dropping dead every day, killed by the strange diseases.
Some were swept away by flood which came from a sudden rain that affected him mostly but spared others
He wondered what could be the cause of such disaster.

Lord Amos decided to spend a week in his other house.
He was too tired and too occupied to go and face Samar’s trouble again.
Is better he gives her space for her to continue looking for vengeance in her so called gods.

Lord Amos avoid Lady Samar’s conflict by staying away from his stone house and living in his quarters while tending his pasture.
After a week he went home and Samar came to him again.

“I’m still waiting to hear the good news that that witch of a girl is dead. I don’t know why you will abandon me to fight for justice alone. My sons are no more and you are cold towards me. Stop going away to your other house…join me let’s besiege the gods to strike Zoe dead. Maybe if you lend your voice with mine they will hear faster. I have been shouting and doing everything but they are yet to take action…I plead to you to join me. That girl needs to die before I will rest…

“Samar, seek your idols alone but make sure you leave me out of it. All I ask is for peace in my house. That girl is far away. She is no more your problem. Stop troubling me…your incense burn on every corner of the house, I can’t even breath in fresh air again all in the name of vengeance. I have my own trouble please leave me out of yours…

Amos shouted out of frustration.

The news of his flocks kept getting worst every day. Beetles devoured his palm trees, his gardens were attacked, and flood water affected his grapevines.
Everywhere he looks was trouble even away from his wife.

Then suddenly Samar became affected too, she sickened as the bitter rot of discontent spread poison through her thinning body. Her face sharpened, her voice rasped, her dark eyes became as hard as obsidian
She cry and complain severally of pain in her neck, back, stomach and every part of her body.
Physicians came to attend to her but she got worst.
Lord Amos invited healer from every part of the country who took his money and left some useless portion behind.
Lord Amos kept spending money for her health but it never improves.
Everything he works so hard for was going down in drain and yet no result.
Lady Samar cries out every night in pain and no matter how the household servant try to sort her up she was still in pain.

“God is against me”

Lord Amos muttered to himself as he lay on the hard ground and began to cry out to God of heaven.

“You promise to multiply my descendant but my household is almost ripped apart. I plead your mercy over me and my house. Have mercy. Forgive me in anyway I have come short. Heal my land and restore all that I have lost. Take away whatever that is unpleasing to you…my wife needs your healing, forgive her for devoting all her life time in serving idols, forgive me for not having the courage to stop her. Please do not allow me to be strike again. You have beaten me enough God…help me to smile through….

Lord Amos prayed as he lied down facing up.

After five days Lady Samar was dead and Lord Amos ordered all her idols to be burnt and his compound should be purged, swept and cleaned up.

Get Me Pregnant Episode 8

When i fall episode 8