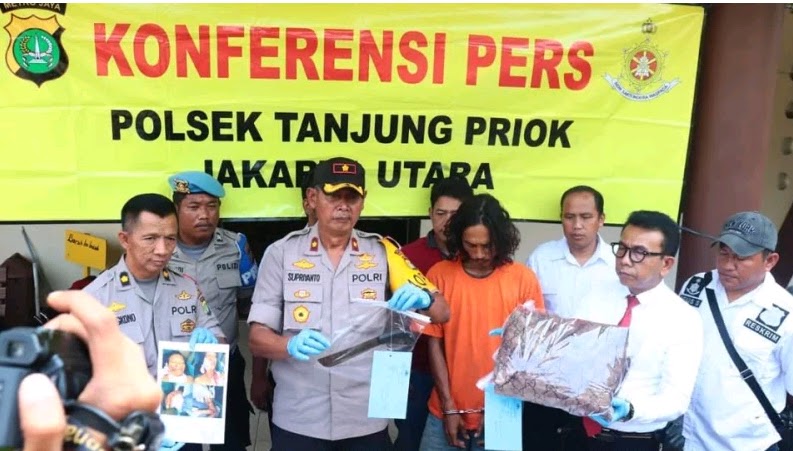 A man identified as 37-year-old Anton Nuryanto, was arrested in Tanjung Priok, North Jakarta, Indonesia, for violently assaulting his wife after she refused to have s€× with him.

According to authorities, Anton was in bed with his 34-year-old wife and their youngest of three children on Friday at around 5am when he asked his wife if they could get intimate.

The wife refused Anton several times before he got up to grab a machete from the cupboard and slashed FA’s neck with it, while their child watched in horror.

“The child just remained quiet, unable to do anything,” Tanjung Priok Police Precinct Chief Supriyanto said at a press conference for the case today.

The woman survived the attack and, along with her child, called for help after Anton ran away.

Their neighbors soon came to their aid and officers arrested Anton not far away from their home. She was treated at the Koja General Hospital and is showing signs of recovery.

“She is getting better and is now able to speak,” Supriyanto said .

Anton was charged with domestic violence that caused aggravated bodily harm, which is a crime punishable by up to 10 years in prison.