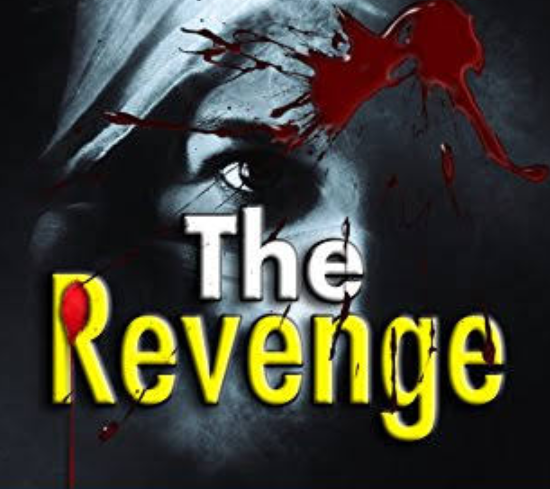 campustrend.ng
“We have to report to the police”

She was helping obaz to massage his ankle with a towel soaked in hot water.

“No Baby. I don’t really think that is necessary.”

“I have something better in mind”

He was now calm but still sober.

“What do you mean by something better dear?”

“Your brother is dead. We have to make sure the people who did that face the law”

Obaz la!d his back on the bed and looked at the ceiling. The fan rolling slowly as if to give him a signal.

“Zick is definitely going to pay for this”

“But it won’t be through the police”

He gave a surprising smile.

“Baby please don’t do anything rash. I don’t want anything to happen to you”

“We have lost your brother,,i can’t afford to lose you too”

Tracy said as she sat on the bed very close to him.

He sat up and looked into her eyes with another surprising smile. Even at a sad time like this she still looked really beautiful. She was dark in complexion just as he preferred. And he always loved caressing her skin because of its tenderness.

He used the back of his hands to wipe the tears from her eyes.

“Everything will be fine”.

He planted a soft kiss on her already w€t lips. Then he kissed her again this time continuously but very slowly.

She returned the kiss too and they were now in a romantic mood.
Both of them had to forget what had happened or at least find a way to suppress the pain they felt.

He kissed the left side of her neck and she started to respond slowly with soft m0ans. Those kisses must really be driving her crazy. The neck kissing continued as he placed his right hand on her right b0s0m. It was firm and at attention. He started to handle the b0s0m and then used his finger to pinch the tip lightly. Then he put his mouth and began to sU-Ck it.

He licked around the areola with his w€t tongue deliberately avoiding the Tips. She was going crazy. She pressed his head closer signalling him to lick it. Obaz raised his head up,,looked at her and smiled. He went back to work.

He started to lick and sU-Ck her right b0s0m and then move to her left b0s0m one after the other. Then he put his left hand inside her [email protected] He felt the warmth coming out from her pùssy which was already w€t. He pulled her [email protected] for easy access then he dipped his “Bleep you finger” into her tight but w€t pùssy and then removed it to rub her clít.

Her püssy was tight yea. Obaz was definitely the only one she was fùcking. She was loyal and faithful to her man as hell. And obaz loved her the more for that.

Now he left the b0s0m to work on her clít. He was massaging it harder and by this time her m0ans filled the room. He’d put his middle finger in her püssy and massage her clït fast. Now he was finger fçking with his middle finger and using his thumb to press it.

After a while,,tracy got up and asked him to lie down. She knelt beside him on the bed and helped pulled off his boxers. Obaz’s J0yst!ck was already rock hard. It was 8 inches long. She smiled as his J0yst!ck was at attention facing the ceiling.
She looked at his J0yst!ck one more time and then looked at obaz.
They both knew what she needed to do and she went to work in no time.

She used her soft palms to rub his J0yst!ck down and up first while she lubricated her mouth with enough saliva. Obaz always loved the hand job. But there was nothing he enjoyed more than the blöw job.

She then put her mouth on his J0yst!ck. Licking around the tip first. Then she put her whole mouth over his J0yst!ck as if to swallow it. Her mouth was warm.

She always felt encouraged when her man makes such noise. Now she went to work. sU-Cking faster and slower in a rhytmic movement. Tracy was enjoying this as much as obaz. She played with his firm scrotum(balls) with her left hand as she went up and down his J0yst!ck with her well lubricated mouth.

After a while tracy felt his knees jerking so she quickly stopped. Climbed over him and sat on his J0yst!ck. She rode him cow girl style. She kept going up and down as they were both m0an!ng.

She slowed down her movement at a point,,bent over and began to kiss him as obaz put his hand behind to sq££ze her butt0ckz. He was rocking it back and forth.
Tracy felt she was going to Pour soon and she went faster again. This time obaz tried to move from under too.

Then he asked her.

“Do you want my cüm in you”

” yes baby I want your fcking cüm in me. Uuuuuh”.

After some minutes,,they both climaxed at almost the same time and tracy layed on his chest,,tired,, with his dicck still in her püssy. After a while she passed out.

But obaz was still awake.

He looked at the ceiling fan rolling again. He smiled.

WHAT COULD HE BE THINKING?

In Love With The Hijabite – Episode 16