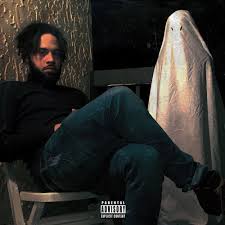 “Sorry, the test was negative.” The family doctor, Mr. Charles told me and my heart sank. Muttering a thank you in a sullen tone, I rose and exited the office. I had mistook some signs to be symptoms of pregnancy but I was wrong. I really wanted to get pregnant. In fact, I would do just about anything to get pregnant.

Although my husband was a wreck in bed and barely satisfied my s€×ual needs but my yearning for a child of my own overshadowed his flaw. I didn’t care if I reached my orgasm or not or if he simply went into him and ejaculated after a few thrusts, leaving me unsatisfied and empty, what mattered to me now more than life itself was being a mother.

We have been married for six years and our courtship had been s€×-free. Not that any of us was a V-rgin but I had sworn myself to celibacy and had been surprised and glad when God had brought my way a man who stated that no s€× until marriage, but little did I know that it was not due to a religious beliefs but simply because he never wanted me to discover how terrible he was in satisfying a woman. No forepl-y, no dirty words, just spread my thighs, let himself in and in less than two minutes, he was done, rolling off to turn his back to me and then you hear him snoring away leaving me sad, angry, unsatisfied and depressed.

On our first year, I had hoped that I would conceive within months but nothing happened. I made frequent visits to the hospital for checkups but my husband never agreed to follow me no matter what. He was told me that he was fine and I must be the one with the problem. The pressure from our families were mounting, especially from his mum who would call me almost every month to find out if I had conceived.

The society too wouldn’t give me a breathing space and soon people began to conclude that I was barren and I must have f-cked up my womb while I was in college from excessive drug use or series of abortions. But that was not true. I have never aborted before nor abuse any drug but people will say what they believed anyway and other women including some of my friends seized opportunities to indirectly remind me of my childlessness.

I prayed. I cried. I fasted. I begged God for a solution but the answers weren’t forthcoming not until. I overheard my husband on the phone and realized that his mother had been pressuring him into getting a second wife. His friends were also secretly advising him to get a random girl pregnant since he married a ‘man’ for a wife. I was helpless. I was at the verge of losing my marriage soon.

One certain day, I decided to do a full and thorough clean up of the house and that was when I discovered a folded paper in the inner pocket of one of my husband’s old suit. I took it out and much to my chagrin realized that he had gone on a test without telling me and was diagnosed of low sp**m count. So he was the one at fault all along and yet, people pointed fingers at me!

I stalked into the sitting room to confront him and he began to pleas and cry. He begged me not to divorce him and that he didn’t tell me before we married because he was afraid to lose me, but yet, I suffered accusations upon accusations while my husband who was the real culprit remained unscathed. I was furious.

I wanted to scre-m! Why would he leave me in the dark for so long and let me go through emotional torture on a matter that I was innocent about?! He told me that if I left him and even if he remarried and still could not get his other wife pregnant, people would surely know for sure that the fault was his in the first place and he didn’t want to become a laughing stock.

Fuming, I sat down and he came to me and told me that he wanted to ask for a favour and that he would have asked a long time ago but he didn’t know how to present it. And then my husband said that I could go out and her pregnant and he would happily father the child.

I was stunned but seeing the look on my face, he added, perhaps trying to tempt me: “I know you still have little feelings for your ex. If it has to be him, I wouldn’t mind, just don’t tell me when you eventually sleep with him, all I need to know is when you conceive.”

I couldn’t believe my ears. To say that I was shocked was an understamemt. “I will never do such a thing!” I bluntly told him.

He remained pensively quiet for a while then asked: “What about Jude?”

I gave him a look. “What about Jude?” I asked. Jude was his best friend.

“Do you…um…” he cleared his throat. “…um…do it with him? I trust him more and his health status is sound.”

“What!” I flared, jolting up to my feet. “You are asking me to sleep with your best friend in order to get pregnant?!”

He slowly rose up with a guilty look. “I know you’d very much like that we adopt but giving birth to a baby will convince people better. Nobody has to know. It will be strictly kept between the three of us, please Maureen.” He implored.