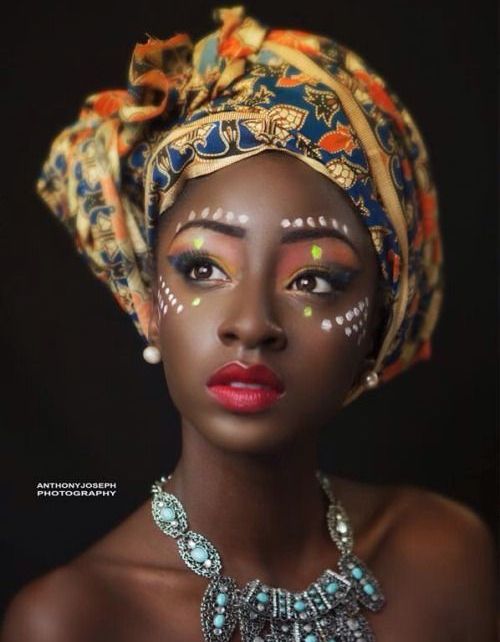 Father left the following day on
an unexpected business venture and once again I was left at the mercy of my
step family. The afternoon my father left, Agbana called me into her room where
her daughters were gathered as well and she spoke venomous words before making
her conclusive statement which was because of the royal dance. A dance I knew
would cause a row after she had put up a beautiful charade the previous day.

“The money your greedy father
gave me cannot get a beautiful costume for one person, let alone two and a half
people”

Etewe and Eketuwana giggled. I
was the half person she had referred to. “Mother, you are really funny”. Etewe
said and laughed.
Agbana continued “so, I will add
my money to this little money to get nice costumes for my beautiful girls. You
can go look for your mother; she might have some beautiful costumes for you. Do
you understand?”
I tried to talk “but, the money
father handed you was bulky”

“Get out!” Agbana shouted and I
scrambled out of the lion’s den.
Later that evening, I sat in
front of the house and wondered what could have triggered Agbana’s latest
wicked act. As long as I was breathing, it was enough gun powder to make Agbana
explode. I decided to wear some old clothes left by my mother. It might not be
as beautiful as the ones the other maidens will get at the market, but it was my
mother’s and it was beautiful in my sight. Etewe and Eketuwana came outside and
saw me gloomy. They could be sweet at times, but their evil genes constantly
got the better part of them.

Tuwana as I fondly called her
said to me “are you okay?” I nodded and she said again “Etewe and I are going
to Egodi, the village dance mistress for the royal dance rehearsals. Aren’t you
coming?”

Agbana shouted from inside the
house “coming to where?” Etewe and Eketu! You had better run before the gods
kill you!”

Etewe and Eketuwana took to
their heels before Agbana emerged. She saw me at the same spot and said “royal
dance lessons are in the evening. You won’t be able to participate because from
tomorrow, every evening you will sell my wares at the village centre. Do you
understand? Your father did not leave enough for your feeding and you eat like
a cow.

You have to work for food. That is life!”
I don’t know what possessed me,
but I talked back “he didn’t leave money for costumes or food, what did he
leave money for?”
“The gods kill you there!
Idiot!” Agbana fumed. She picked a broom and threw it at me. It hit me in the
head and narrowly missed my left eye. She went back inside. I wept bitterly
till I found no tears. I felt alone and wanted an end to my life. I didn’t care
about any stupid royal dance. I wanted to be happy in my father’s house. I
wished Agbana would let me be.

The royal dance was to be held
in two weeks and the village was in a festive mood and there were events
org-nized daily that led up to the main day. Agbana made real her statement of
the sales every evening at the village centre till the dance day. I watched
every evening, as Etewe and Eketu attended Egodi’s rehearsals with my peers. I
sneaked a few times to Egodi’s place to get a glimpse of the girls dancing,
they were always very happy. Egodi was a true teacher. Her dance routines were technical,
but when she danced it was effortless and when she taught the girls, they got
the steps easily except for a few naughty ones who didn’t take the rehearsals
seriously.

I also noticed that Etewe and Eketu readily impressed Egodi. They
were assigned the role of teaching the other girls. I wished I was part of them.
The zeal to be at the royal dance was rekindled after my few trips to Egodi’s
compound.

A day to the dance, I bought a
beautiful bracelet at Ejike’s stand. Ejike was a nice fellow and he made the
nicest bracelets in Aloka-uto. The bracelet he sold me was expensive, but he
sold it to me at a give away price. His reason? I was charming. Where did I get
the little money to purchase a bracelet? Well, a few customers who were
delighted at my service rewarded me accordingly. I hid the bracelet from Agbana
for I knew what she was capable of doing. The bracelet could be torn apart,
suddenly go missing, dashed out to a random person or given to her daughters.
It will rip my heart to pieces. She just didn’t have to find it and I knew how
to keep it away from prying eyes.

The atmosphere at my father’s
house that night was choking. Agbana hardly stopped talking about how beautiful
the costumes she had bought for her daughters were. They chattered all night
long and tried on the costumes countless times while I slept off.

The next morning was the royal
dance day. I did all my chores before Agbana and her daughters woke up. I guess
the royal spirit had caught me and I should have known better not to let it
show. I had decided to wear my mother’s old clothes and the beautiful bracelet
to the dance, until Agbana hovered over me as I sang scrubbing the floor.

“I can see you are in a good
mood” she said. I quickly stood up and greeted her “well, you will put your
good mood to use by going to Efile town. Your father wants you to deliver a
parcel to his business partner”
I was shocked “but…”

“But what? Since you won’t be at
the royal dance, be useful and deliver your father’s message. You will find the
parcel on the stool in the parlor. I guess your father knew that the royal
dance was not meant for scrawny girls like you. Please don’t disappoint him”
she said with a wolfish smile and left. I always imagined Agbana with two horns
like a beast, but as she left the horns became four. Witch! I scre-med inside.
I didn’t understand why my father would want me to go to a town that gulps ten
hours on the road to and fro. I knew something was fishy, but I could not place
a finger on it. This ultimately meant that I would miss the royal dance.

Etewe and Eketu prepared for the
royal dance while I also prepared for my long journey. Agbana, Etewe and Eketu
left the house after wasting time in front of the mirror painting their faces.
I was alone in the house set and ready to leave when a male visitor arrived. He
was my father’s business partner at Efile town and he had come to collect his
parcel.
“I had been expecting this
parcel for three days and decided to get it myself” he said.

“I was only told about it today
and was on my way to Efile when you knocked” I replied him and gave him the
parcel. It hit me that my evil step mother had delayed the delivery of the
parcel to the royal dance day, but as God would have it, her plan was scattered
at the dying minute.
“when your father left my house
some days ago, he spoke of your beauty and said you were going to be in some
dancing contest” he said, I smiled and nodded. He brought out a neatly wrapped
dress “Ama, I know how dear you are to my friend and he probably gave you
enough money to get a lovely costume. Please accept this dress and add to your
amazing collection”. The texture of the dress spoke quality and I hugged it
tight.

“Thank you sir” I flashed my
white teeth. I wished he knew how happy I was, he was my saving grace. My
knight in shiny armor. My…oh! I better stop! Before leaving, he told me to send
his greetings to Agbana which I wouldn’t do. Witch!

I got into my room and put on
the fabulous dress. It was very colourful and not because I despised my step
sisters, but this dress was better than theirs. I hadn’t seen anything like it.
In a few minutes,  I had thrown on the dress, wore a beautiful make up and
crowned it all with my beautiful bracelet. I locked the house and made for the
royal palace.