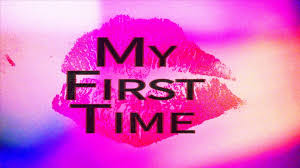 As Tonia broke the unfortunate news to her mum, there was silence at the other end of the line. Her mum had an emotionally melt down and couldn’t utter any word to Tonia who kept enquiring if she was still active.
“Mum are you still there? Please say something” she pleaded, “Tonia why? why didn’t you wait a little longer till you got married? After all I did to make sure you grew up serving God, why did you choose to repay me this way?” Her mum said in a sad tone.
Tonia felt more disappointed in herself as her mum’s words worsened the wh0le situation. “I don’t have anything to say to you as this is between you and God” her mum said and cut the call. Tonia fell into deeper thoughts and cried more. “What should I do Lord? Are you still there? Do you still love me?” She thought to herself.
The next day, she summoned up courage to go to class as she had missed alot. On her way to school, she bumped into Eric. “Can we talk” he pleaded, “No!” She replied. “What’s the matter with you? What have I done to deserve this torture from you?” He asked almost tearing up, but Tonia paid no attention as she walked away.
Eric was so pissed and immediately entered his car, banged the door and speedingly drove off, leaving his friends behind. He was later traced by his friends to a bar, where he was drunk to stupor. They tried to take him home but he refused to go.
“Guy why are you doing this to yourself” they asked, “you all should go and leave me alone” he replied almost in tears. “I told you not to fall deep for that babe but you paid deaf ears and now just look at you” his friend said. Eric couldn’t talk further as he kept sobbing. “I love her, she’s the first girl I’ve ever truly loved and now she doesn’t even want to see me” he said as he sobbed. His friends pitied him and carried him to his car and drove to his house.
After about a week of being sober and not having access to Tonia, Eric returned to his old ways and this time around, it was worse than before. His womanising increased and he became emotionless.
Eric stayed back late in club houses and always returned with multiple ladies. He moved from his old house to a bigger apartment where the big boys in school lived. He had no mercy for his parents money as he doubled his lavish lifestyle.
At this time, Tonia had healed a bit and started missing Eric. She felt bad for how she handled the wh0le V-rginity saga and felt she owed Erica an apology. “I miss him and it was foolish and childish of me to behave the way I did” she thought to herself.
After much deliberation, she picked up her phone to call Eric but his line was not available. She tried to call his other line but same thing. It hasn’t come to her knowledge yet that Eric had changed his lines. She tried visiting him at his house but he had moved out.
Tonia started panicking at this point as she didn’t have any clue of what was going on. She searched for him in every familiar place she knew he’d be but couldn’t find him. At this point, Tonia was loosing her mind and didn’t know what else to do.
“I can’t lose Eric, I love him” she said as tears flowed down her eyes. She was walking back home after a fruitless search when she bumped into one of Eric’s friends. “Hey Daniel, how have you been?” She greeted, “I have been good” he replied in an unexcited tone. “Please I have been looking for Eric but can’t find him, do you have any idea where he is?” She asked, “Tonia, I honestly shouldn’t be talking to you after what you did to Eric” he replied. “What did I do?” She asked, “He was loosing his mind, always seen with alcohol, couldn’t think straight, all because of how you left him hanging” he said.
It was there and then that it occurred to Tonia, how much damage she had caused. “Please can I just see him?” She pleaded, “I’m on my way to his house now, let’s go together” he said. Tonia was so happy knowing that she would see Eric in no time.
As they arrived at Eric’s house, Tonia was made to wait in the living room as his friend went to inform Eric that she was there. Daniel walked into Eric’s room to the sight of two girls lying on Eric’s bed with him. He didn’t know how to inform Eric that Tonia was waiting in the living room.
“Hey Daniel my man what’s up?” Eric greeted, “guy can I talk to you alone?” Daniel requested. “Guy please say what you want to say here, I’m preoccupied” Eric said laughing. Daniel finally summoned up courage and said “Tonia is in the living room”.
*
*
TBC…