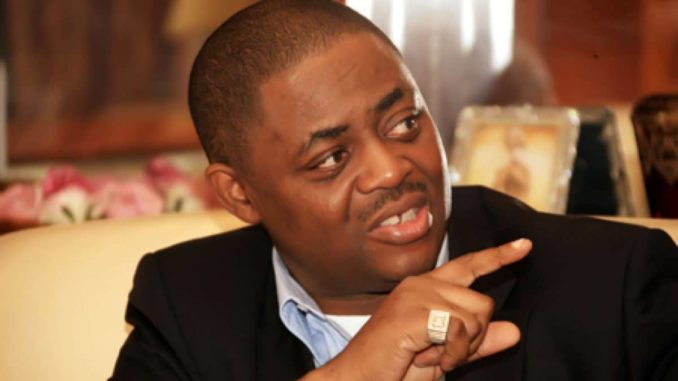 Femi Fani-Kayode, former Minister of Aviation, has reacted to a statement by former Minister of Works, Adeseye Ogunlewe, that Bola Tinubu, National Leader of the All Progressives Congress, APC, has achieved more than the late Obafemi Awolowo and MKO Abiola, acclaimed winner of the June 12, 1993 presidential election.

DAILY POST had that Ogunlewe anchored his claim on the number of persons Tinubu has been able to promote from nothing to be governors, ministers and even vice president.

He maintained that the former Lagos State governor would make a better President if given the opportunity.

But, Fani-Kayode while reacting, said Obasanjo, Awolowo amongst other Yoruba elders played significant roles in Nigeria not just Tinubu.

According to him, Tinubu has not achieved more than Awolowo or any other Yoruba leader.

Why do we Yorubas always have this infantile craving to compare our leaders and say one is greater than the other?

Tinubu, Abiola, Obasanjo, SL Akintola, Samuel Ajayi Crowther, Herbert Macaulay and many others all made their mark and all played notable and historic roles. Some are still playing it.

We should be grateful to God for them all and stop trying to compare them or say one has achieved more than the other.

What Ronaldo Said About Messi During UCL Draw [PHOTOS]

Oil price crashes below $0 a barrel

Chioma Breaks Silence On Being Pregnant For Davido