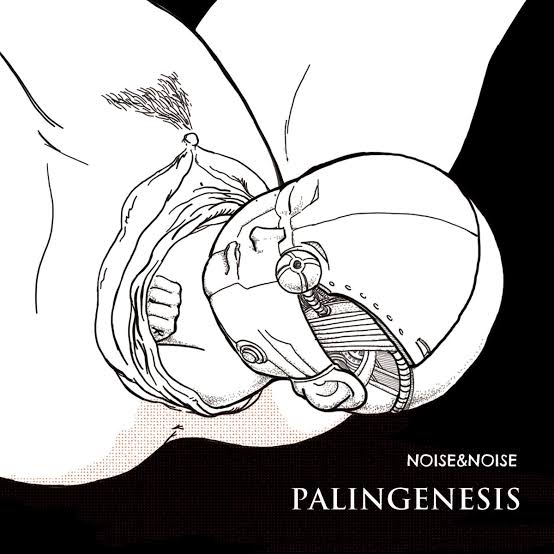 Na game wey you wan play be the lecturer abi, Chaii your parents no get pikin sha’ Isaac teased.

They kept on playing the PS3 video game without saying a word to each other, the game was more like a battle because at the end of the game, anyone who wins will make jest of the loser for the rest of the day so they were both focused on winning until a knock on the door distracted them.

Ohhh God una no get una room, una wan kan start una argument abi ‘Ben kept nagging thinking it was their friends staying in the student villa with them but was caught unawares when he saw who was at the door.

And is that how you will keep staring at us’ Clarieta.

Am sorry I am just surprised, you guys should come inside please ‘Ben ushered them in.

Thank God they managed to arrange their room before they started playing game.

Hi pretty girls’ Isaac replied with his forming accent, what can we offer you girls.

Ogbono soup’ they chorused once again.

Ogbono soooup Isaac asked surprised, who’s gonna cook that one for you guys he continued.

Ben told me he knows how to cook ogbono very well na ‘as soon as Ejiro said this, Isaac fell to the ground and started laughing uncontrollably like that demon in mount zion movies.

Ben you lied to me ‘Ejiro asked. All along Ben just focused on the TV game like he didn’t understand what they were saying but when Ejiro called his name, he had no choice but to say something.

Baby it’s not like I lied to you, it’s just that i i ….hey Isaac will you stop laughing now, wetin dey worry you na.

No vex No vex he can cook ogbono very well oo but our gas cooker is broken so how about we just get you some snacks’ Isaac cuts in and covered up for Ben.

“Okay that one sef dey, Ben and Ejiro should go and buy it, Isaac restart the game let’s play” said Clarieta

You know how to play soccer game ‘Isaac asked.

I bet you will know the answer to that question at the end of the game. Ben and Ejiro left the room without arguing because it’s a good excuse for them to be left alone and have some private discussion.

Ejiro there’s something have been wanting to tell you, ever since the very first day we started talking in class, have always felt this thing in my heart, at first I thought it was just something that will come and go. Over time it kept on growing and growing and now it’s become a burden to my heart, it’s choking me inside, I don’t know how long I can survive with this pain in my heart. Left to me I wouldn’t want to fall in love anymore because my heart has been broken so many times and am scared it won’t survive another heartbreak.

Please Ejiro , he draws her and keeps eye contact with her, his face was so sober and emotional you would know he has watched so many rom-ntic movies.

Ejiro I want you to my queenn, I want you to be my lover and don’t tell me you want to think it over because am not sure my heart will be able to survive till tomorrow if you don’t give me an answer now and a positive one at that.

Ejiro took a deep breath and also tried to assimilate and comprehend all the things Ben just said and when she realised he was still waiting for her to say something she cleared her throat.

Ben you are really living me with few options right now, you don’t want me think it over and you don’t want me to give you a negative answer, whatelse can I say, I will only give you the answer you want on one condition which is that you will promise me not to break my heart.

I promise you baby I will never break your heart and I will always love you.

Okay then it’s a yes, they sealed it with a k-ss.

They were both happy that they were about to start the happiest part of their lives not really knowing what destiny and faith holds for them.

They got to where they bought the snack and returned back home.

They didn’t bother knocking the door and they caught Isaac and Clarieta who were in a deep rom-nce unawares, Isaac was k-ssing Clarieta all over her face and she was mo-ning so emotionally.

It took them a few minutes to notice the presence of Ben and Ejiro, and they immediately untangled and felt shy.

They all ate in silence and almost immediately after their snacks and drinks, Clarieta told Ejiro that they should start leaving, the boys walked them out and bade them goodbyes.

Ben and Isaac walked home not saying a word to each for the rest of the day, seems like there is love in the air because Ben is in love with Ejiro while Isaac is in love with Clarieta.

If and only if they knew what this love brings along, they wouldn’t have ventured into it.

So much time has passed but the lovebirds didn’t realise it, the love has blinded them so much they didn’t know exam is just around the corner.

Nothing much has happened except for the group lovers coming and going to visit each other, going to some cool spots to hangout, going to classes and leaving classes together, they were all so in love one couldn’t tell who is inlove the most and the least.

They enjoyed every tiny bit of the sweet part of their relationships just as if they knew the bitter part was gonna come at the end.

It all started on the day of their first paper, the wh0le class is so silent you would think there was nobody there whereas people are in there but are only busy with their exam.

Some are just there waiting for a miracle to happen and the intelligent ones are done writing already, the circle of intelligent ones fortunately includes Ben, Isaac, Ejiro and Clarieta, only God knows if they really wrote the right thing because none of them really studied for the exam, they have been done writing for a while, they were only winking and making gestures at each other.

Clarieta signaled to them that they should go and submit but they refused, more like they were enjoying the atmosphere in the class because it was so serene .

She reluctantly stood up to go submit, one would think she was actually craving for attention as usual, she is regarded as the mourinho of their class because she always wants to be the highlight of the class everyday, but this case was different, she was actually feeling weak, she couldn’t really say for sure what is wrong with her.

She got to the front desk and submitted.

Just as she was about to take another step, she fell down unconsciously and ……………

It is now almost 2 full moons that Ajadi has been staying with Labake, their love is now the talk of the town, many people still claimed that Ajadi is under a spell, some people said what he feels for the girl is true love while some people just chose to ignore the matter.

Ajadi and Labake are coming back from the stream and they seem to be having the time of their lives, the joy on their faces cannot be over emphasised. It is now a daily routine to wake in the morning, cook together, fetch firewood together, fetch water together, and do all sort of things together like real and best couples.

Ajadi has no more friends or family except for Labake, the last time he went to the palmwine hut, everybody ran away from him including the palmwine seller, ever since then he has promised not to go there again.

The wh0le village ignored and stayed away from them like plague, none of these affected Ajadi because to him Omolabake is worth all the troubles and even more, he was truly in love. Nothing in this world could stop his love for Labake, not even after what Labake told her the other day.

flashback to the day Labake fainted*

“Labake what do you mean I Should ask you who you are, are you truly what people say you are, all those things they said about you, are they all true” Said Ajadi.

Yes they are true but not all, it’s true that I am an Emere’ Labake was about to continue but Ajadi cuts in.

“Please say no more, I don’t want to listen to any of that, I don’t believe in such and even if it’s true, I really don’t care, I love you regardless of who and what you are” he said.

As soon as he was done talking, he k-ssed her and went out.

Later that night, Ajadi came inside and met Labake serving his food, he was so happy because he was really hungry.

He ate to his satisfaction and by the way he devoured the food, you wouldn’t need to ask him if the meal was sumptuous. Labake served him water and knelt down in front of him.

“Ohh what a wonderful choice have made, this woman is a real definition of a virtuous woman” he said in his mind.

I didn’t kill my mother, sister and brothers but my friends did’ Labake started.

My friends in the spiritual realm, the ones that always sing and dance with me all those times you saw me dancing alone.

They realised I was beginning to love my mother and siblings and so they decided to kill them because they knew if I love anyone on this earth, it won’t be easy to leave the earth at my appointed time.

“And when is your appointed time” Ajadi asked.

It was supposed to be on the eve of my 21st birthday, but since that day wasn’t a day of joy to me or anyone around me, they decided to leave me. They can only take me away on a day of joy’ She replied. That is why am scared Ajadi, I don’t want them to kill you because of me.

“Does that mean you are beginning to love me” he asked.

She didn’t reply, only covered her face with her hands to signify that she was shy.

Ajadi jumped with joy, he was so happy, he k-ssed her and one thing led to another, you know the rest.

They got home with almost half of the water they both fetched because they were busy playing, chatting, running after each other on their way back home.

Ajadi dropped his calabash and helped Labake drop hers when she immediately ran to a corner to vomit.

He rushed to her and gave her some water to rinse her mouth and wash her face with.

“Labake that’s the third one this morning, what is wrong with you” said Ajadi .

“I think I am ermmmm, errmmm pregnant” She stuttered actually expecting Ajadi to get angry, flair up and abandon her but there was a swollen silence, none of them moved or talked and all of a sudden he swept her from the floor into his arms.

‘Blessed be the gods, I will be a father, yees yees’ Ajadi shouted at the top of his voice.

Labake was just laughing like an innocent small girl who’s been swung by her father, Ajadi was so happy.

Little did he know that his joy will be shortlived by the spiritual forces.