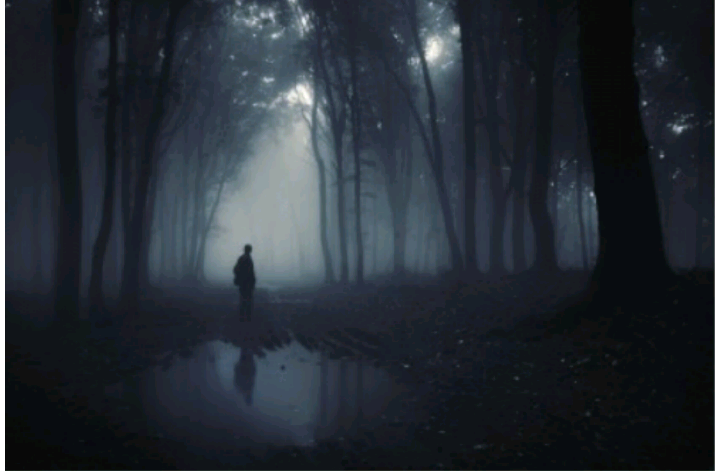 She wore her white uniform, walking down the beach with her bare feet. she was smilling looking at the water flowing softly.

“life is like a tide, it flows in the direction of the wind. sometimes we just find ourselves in circvmstances we never hoped for , but the beauty of it is that we can chose to rise again when the wind blows harder on us. Just like the tides, they fade and rise again continually.”

He held her from behind,

” you are right my woman.” he spoke in her neck,

“life is indeed a tide” he smiled.

She turned to look at him and there was blood all over her uniform. he heard gun shots,

“dammit!, they shot her” he screamed.

” No ! no Sila ! Please wake up please” he cried shaking her as she lay lifeless in his arms. someone held his shoulders from behind.

He woke up with a start.

“Sila!” he jumped from the bed panting heavily.

His face was covered with fear. He had never felt so afraid in his entire life.

“Are you okey?” He asked her checking the window as he looked outside everything was quite..

“come back to sleep” she added putting her head down.

He went to the bar and poured some brandy in a glass with ice. He got two of his favourite cigarrate and the ash tray with a lighter on top, heading outside. he sat on a step after the door, lit his ciggarrate and pulled in the smoke. He relaxed feeling it’s warm effect as the smoke entered him.

Staring in the sky, it was a bit dark, the air was cold but he didn’t mind the coldness the floor tiles was giving his bare feet. He drunk his wine in a gulp, closing his eyes as he felt the scorch from the wine in his gullet.

Scar went deep in thoughts. he was a strong man and all but the feeling he had especially after the dream was giving him a bad vibe. He had always known a day like this would come, only he didn’t anticipate hurting others in the process.

He had millions in his bank account and some other money in the hidden safe in his room but at that particular moment it was all useless.

He smilled at the thought of the woman inside, she truly was an amazing person. she had given him all her passion. He would normally expect hatred and strife from her but instead she made him happy in the last two days they had been together.

” I can die a happy man” he said loudly,

“provided she and my son are safe” he looked at butt of the cigarette in his hand, it was almost burning his finger, he put it off and lit the second one and went on smoking it slowly.

“If you came out here to fill your lungs with that Poisson, then you were better off having night mares ” she said from the door way.

he turned to look at her. she had on one of his robes and put his socks on her feet. He smilled at her..

“I thought you are sleeping.” He responded.

“well I can’t just be comfortable in someone’s nice bed when the owner is frezzing out here” she teased..

“Am keeping warm” he said showing her the cigarrate..

Shaking her head, she went and sat on the step were Scar had put his feet, putting her back between his legs, she held her kneels as the robe covered her feet.

He held her from behind as she leaned her head on his chest and they both stayed quite for minutes.

“It is good sometimes to just be there for someone, one needed not to say a word. Just their presence made all the difference.”

Scar thought as he held her, her being there was all he wanted.

“wow, Sila you are truly crazy. how can you fall for this guy.”

She knew her life would never be the same but how could she deny what the heart wanted, call it destiny or pure coincidence she felt for Scar what she had never felt for another man . She smilled as the thoughts of making love to him came to her mind.

He was so gentle, he touched her like she was so delicate she would break. she recalled him holding her as he sat on the bed his back on the wall. He had slowly pulled her closer to him without breaking off from the kiss. she felt his hardness as he drew her closer. He paused for a while and gave her a smile.

“I would die for”

With all tendernes he had made love to her and she had been lost in his arms for what seemed like forever.

She smilled again her body relaxing as she frowned coming to the present.

“what are you thinking about ?” Scar who as still as quite whispered to her.

” everything.” She said with a chuckle.

“ I want you alive” she said after some silence again.

“yeah I don’t know what else to say I just need you alive. I don’t care if you are a murderer or a thief. I want you to live on.” She shrugged.

He turned her to look at him,

“well I don’t believe in God as much as you do. but if luck be on my side just maybe I might live ” he smiled.

“I believe in God and I know my God loves you. he will give you a second Chance at life.” She rubbed her hands on his.

“yeah, i believe he will” she nodded.

Hours later Scar and his men a crew of about 30 guys gathered as they planned their final moves. Scar inspected everyone before they jumped in the two trucks and Scar, Jo and 3 other guys got in his BMW.

Chile had his hide out somewhere between kabwe and kapiri town. Luck for Scar there was someone from Chile’s circle leaking him the information..

Chile’s plan was to capture Scar alive and hand him over to the Lusaka business man who wanted to witness him die..

In the silent night they crawled to the spot like soldiers fighting in the US army. Scar leading one group and Jo the second group of 15..

With succession, they put out the men on guard. One of them tried fighting back causing some noise which led Chile and his other guys lash out and fire gun shots in all directions.

The darkness did Scar and his group a favour, they managed to push forward attacking their enemy with full force.

Scar wanted Chile so he charged foward and followed him as he saw him head inside the building. It was difficult to pull forward with bullets flying everywhere. He finally manged to push through after one of his guys covered his back.

He turned into a room with little lighting and was caught with a sharp pain in his leg as he looked around.

“uuhhh!” He screamed in pain holding his leg as he fell down to the floor. The hysterically laughing Chile emmerged from the place he was hiding.

“well, well.” he clapped his hands.

“the might Scar has fallen. who could have known.” He teased kicking him hard in the back as Scar rolled and screamed out in pain.

“I will kill you idiot!” scar snapped.

“You are a coward! instead of fighting like a man you run to use a gun whilst hiding.”

” it doesn’t matter how I take you down you stupid boy. I trained you and I will be the one to finish you !” he shouted.

Scar used his other leg and kicked Chile in the stomach as he tried to get close to him. Chile staggered back. Scar tried to move to get to him but the wound on his leg was so painful, he lay back down.

“This is for stealing people’s things” Chile kicked him hard

“and this is for betraying me” he kicked him again.

Scar crawled trying to reach his gun which Chile had pushed away and Chile quickly stepped on his wounded leg causing him to scream in pain.

“I see your balls are empty my boy from f**king that bi*ch! ” Chile shouted..

“I warned you Scar, women destroy people like you and me. see now how much of a piece of s*** you turned out to be because of her. Not to worry though” Chile added

” I will make sure I dig her grave next to yours and put a poster.

“love kills the mighty” hahahahahah!” he laughed out aloud.

Scar with all that remained in him pulled out a flicker knife from his shoe and before Chile would stop laughing he landed it with force on his foot pricking through his sandals direct into his skin.

As Chile staggered back screaming, Scar pulled himself and got to his gun. He raised it and shot Chile in his stomach.

Before he could fall, Chile also pulled his gun and shot scar in his side chest.

Scar shot the second bullet and it landed direct in Chile’s forehead, he fell with a thag.

Letting go of his gun, Scar head sirens outside, it seemed someone had alerted the police. His eyes were half closing when he saw Jo run to him.

“stay with me man. Am going to get you out of here.”

At home Sila paced around her room praying and crying.

” God please let him live, give him a second chance. You can Change him Lord like you changed Saul.” she knelt down and prayed her face w€t with tears. she felt a deep sadines and cloud cover her.

It was like someone just put a blanket on top of her and she was under the dark. she shed more tears as the heaviness increased making her pray the more.

“really love him Lord and we him alive.”

Too late to cry episode 3 – finale