A two storeyed building under construction has collapsed in Marine Quarters in Warri South Local Government Area of Delta State.

The building which collapsed few minutes past 1pm also affected parts of two other residential houses near it.

Our Correspondent who was at the scene of the incident reports that no lives were lost as labourers working on the building did not come to work as a result of the heavy downpour.

While residents of the area were seen thanking God that no lives were lost, a welder working on the site was also captured evacuating his welding machine and other equipment.

It was learnt that the owner of the building under construction is out of town.

In a chat the Chairman of Marine Quarters, Mr. Olusegun Awodiyi stated that they (residents in the area) have warned the owner building that the foundation and other parts of the building was not firm enough due to “substandard materials” used for the construction.

Awodiyi said rather than make good use of standard materials, the owner of the building said, “We should go away that he knows what he is doing as an engineer.”

Awodiyi urged the Delta State Government to come and take a critical look at another house purportedly belonging the said owner of the collapsed building to avoid another “building collapse” and possible deaths.

He stressed that this is, “Because we don’t want anybody to die here”.

Dr. Tidi who was represented by the Vice Chairman of the Council, Chief (Mrs.) Divine Inovosa attributed the building collapse to the usage of “poor building materials.” 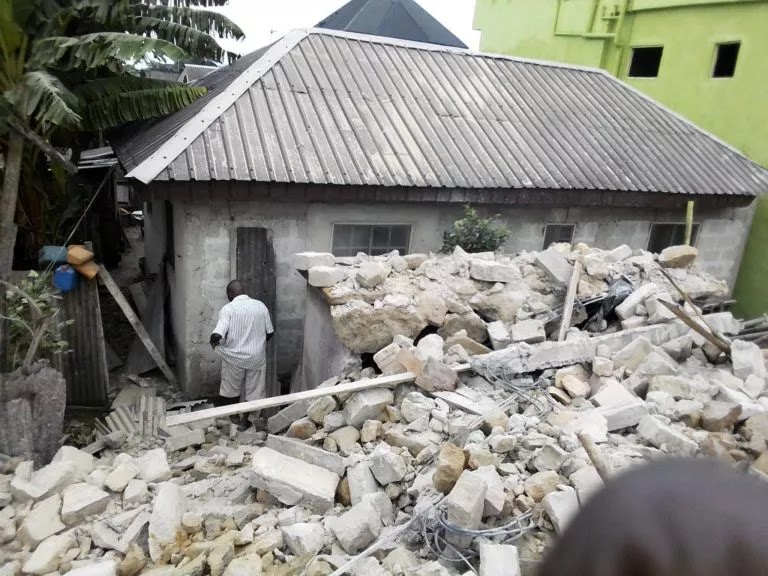 She said the Council will invite the owner of the building who is said to be on the run to give reasons why the building collapsed.

According to her, “First we have to thank God that no live was lost. Second, from what we are seeing here now, shows that the materials that were used were poor.

“The owner of the building must have been building this place without employing the service of an engineer. This is the reason the building collapsed”.

My bestie my crush episode 2

Beauty and the beast episode 10

Beauty and the beast finale