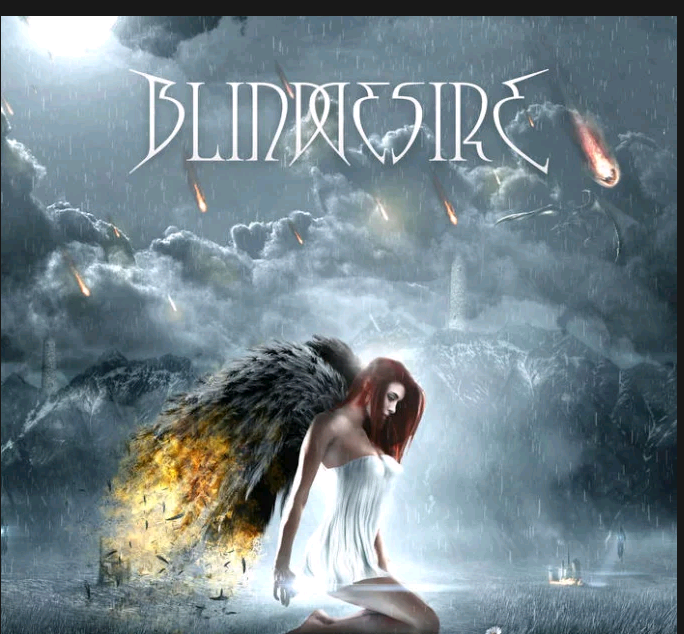 Episode 49.
The ward was full with people from Chief’s family, that included his wives and kids and his brother’s wives. Elder Conrad also married plenty wives just like his brother.

Chief had woken up already and he was being pampered from all angles. All they wanted was to stuff him with foods of different kinds thereby irritating. I mean, why would anyone bother their heads over an old man who deserves to die?

‘God alone gives and takes life’ Elder Conrad said after a very long and irritating speech ‘my brother, please take heart. We know much Ogechi meant to you but we cant possibly lose you now. Her death is a great loss to us right now but losing you will be an even greater loss. Your children needs you. Your wives needs you. We need you, you have to be strong for us’

I rolled my eyes. Strong for us indeed.

I was irritated but i had to play my part too.

I cried and went into Elder Conrad’s arms.

‘please elder, please tell Chief, he shouldnt kill himself too. I dont know why he’s not putting us into consideration too. Does he think he’s the only one hurting? I wasnt able to sleep last night. I was very worried. I dont want to lose him. He just doesnt know how much he means to me’ i said in tears.

I left Elder Conrad and went to chief’s bedside.

He reached for me and i rested my head on his chest.

‘i’m very sorry for putting you through stress Ivyy, you dont know how much you mean to me too. You mean alot to me as well and you’re the reason i’m giving life a second chance’ then he sobbed ‘i dont know how i’m going to live without Oge in my life’

‘shhh…’ i said placing my index finger on his lips ‘you wont have any cause to miss Madam Oge anymore as far as i’m here. I’m here for you Chief. I’ll always stand by you’

‘aww…’ said Elder Conrad ‘Tola, i must say you are very lucky to have an understanding wife like Ivyy’

I walked quickly in order to meet up with Elder Conrad who was about entering his car.

I knew how much respect Elder Conrad commanded from Chief and he was going to be an instrument in my plans.

Should Chief die today, almost all his properties was going to go to him, his children and Hilda being the eldest wife now. And i wasnt going to allow that.

Hilda was going down.

And after Hilda comes Elder Conrad. He was going down and i meant it.

‘elder…’ i said with a smile approaching him ‘i’m sorry, i dont mean to take much of your time but can i have a word with you?’

‘no, not at all. Its just..its just for the betterment and safety of our family’

I knew how much he disliked Hilda, Chief always spoke about it.

‘i carried out some investigations after madam Oge’s death…’

‘and i found out Hilda is responsible for her death’

He raised a brow ‘how sure are you?’

I handed a ring wrapped in a hanky to him.

‘proof that she’s responsible for everything. She cut off the brakes by herself and accidentally forgot her ring. This ring no doubt belongs to her’

He nodded and i knew what would happen next.

Whoever said i wasnt a smart girl?

Episode 50.
I stood at a distance smiling as Hilda’s things were being thrown out of the house. I smiled inwardly.

She cried and begged but Elder Conrad would have none of it. He had even given her two slaps sef. Chief was sitting on his wheelchair (the doctor claimed he should be zero stressed that even walking might be a problem, so he was to remain on the wheelchair for at least two weeks).

He just watched Hilda whilst shaking his head.

Hilda crawled on her knees towards him, she was crying and sweating profusely ‘i swear Chief, i’m innocent, why would i want to kill Oge? I swear on my children’s lives and destinies, i didnt kill her. This is a setup, i was framed, i dont know who did the this but i’m innnocent! Ah….only God will judge, my God will vindicate me no matter what happens’

‘you are a very shameless woman…’ Elder Conrad’s wife, i cant remember her name said ‘how could you kill your mate out of jealousy, how?’

‘shut up!’ Chief barked and i ran to him. He wasnt supposed to shout ‘Ella…’ yes, i remember now, Ella was the woman’s name ‘i want this woman out of my house! I totally believe you guys, she’s is capable of killing Oge. She had always been jealous of her. Remember she sed-ced me back then and i put her in the family way, then i married her, that was because she wanted to enjoy all her cousin was enjoying….’ Chief said with so much annoyance.

‘the plans have changed Hilda…’ Elder Conrad said. She stopped and turned ‘i’ve already called the police and they are already on their way. You have to be arrested and locked up for the rest of your life. Since you’ve started laying curses on us, who knows, we might be your next target, we arent safe any longer’

I sat on his laps and he wrapped his hands around my wa-ist, i twisted my neck and placed a simple k-ss on his lips ‘all this would have been impossible without you. You’re right, killing Chief as at that time would have been a bad plan’

He k-ssed me again ‘i told you didnt i?’

‘you’re yet to tell me how you found out about my plans..’

He pretended to think for a while ‘lets just say God whispered it to me in my dreams, lets forget about that. You’ve not told me when i’m going to see my daughter’

‘very soon honey. She’s currently in Dubai with my aunt and i dont know when they would be back’

‘you’ve still not told me how you…’

‘how i survived?’ i nodded ‘it was Oke who found me, remember Oke, my elder brother?’

‘he found me that night. I had a temporary memory loss, but then, how could i ever forget you? When you’re the love of my life?’ he pinched my chin lovingly.

‘tell me the truth, is Ifeanyi dead?’ i asked.

He nodded sadly ‘yes he is. He committed suicide’

‘shortly after you left. Henna said he left a note. He killed himself because of you. She said she was never going to forgive you’

My eyes watered and i climbed down from his laps sitting beside him on the bed.

‘aww…dont cry babe, dont cry..’ he said pulling me into his arms.

‘can you take me to Henna?’ i asked. He looked surprised ‘i need to talk to her. I need to apologise. I also need to see Ifeanyi’s grave…’ i was weeping now ‘i feel so guilty right now. Ifeanyi was such a nice guy Ralph, he was the one i truly love and will ever love, but i killed him!’

‘i did! I’m responsible for his death. God!! I’m so devilish. I’m possessed!’

Ralph hugged me and when i opened my mouth to talk again, he k-ssed me again and this time i couldnt resist.

Soon our clothes were flying in the air. His touch was swift and unresistable. And i realised i missed him. He was good at what he did. I couldnt resist it.

And when he finally eased into me, it was like heaven came crashing on my feet.

‘you are not very tight baby..’ he whispered into my ears.

‘thats because never gives this puvssy rest. He fuvcks it every night’ i replied.

He giggled and ins**ted a finger in my as.s ‘ever had it in there?’

I shook my head. Then he turned me over immediately ‘relax, while i disV-rgin this beautiful as.s honey..’ he smacked my as.s. I mo-ned.

Before i knew what was happening, i had spent almost everything i had in my account. Dont ask me how. Ralph!

Ralph had constantly decieved me into withdrawing large sums of money from my account and that of the company for meaningless things which i didnt bother to find out what it was for.

I had the money so the finances wasnt the problem, coupled with aunt Chime’s extravagant fees. Today she called for twenty million, another day she called for fifteen, twenty five. And the so called business she was investing all the money in, i didnt know. And i wasnt seeing the outcome. If she was throwing the money into the deep blue sea, i did not know.

My affair with Ralph increased everyday to the extent that i told Chief i was going for business meetings abroad then Ralph and i travelled abroad for a wh0le month, just being with each other.

And when i found out i was pregnant, i was more than convinced it was Ralph’s. I wasnt sad, infact, it was a moment of joy for Ralph and i. That was when we decided to have our last strike.

We killed Chief. Chief was murdered in cold blood by assasins sent by us.

After he was killed, Elder Conrad was also killed and then we faked a will stating he willed everything to me and his unborn child. Rooney and his other children didnt get a pin.

That was when Rooney brought out the pictures of Rain and i hugging. He stated that i was having an affair and that i wasnt worthy of his father’s chain of companies.

But surprisingly, Rina stood by my side. She told him she knew Rain was an employee in our company and i would never stoop so low to sleep with a common employee.

I sold all of Chief’s properties, everything and fled the country with Ralph. I left Ifeanyi with aunt Chime and i left them with a huge amount of money.

If i had thought that my life was already fulfilled, then i was just joking. My life only started.

THE END (Thanks for reading, pls do encourage our writers by giving comments on our post)